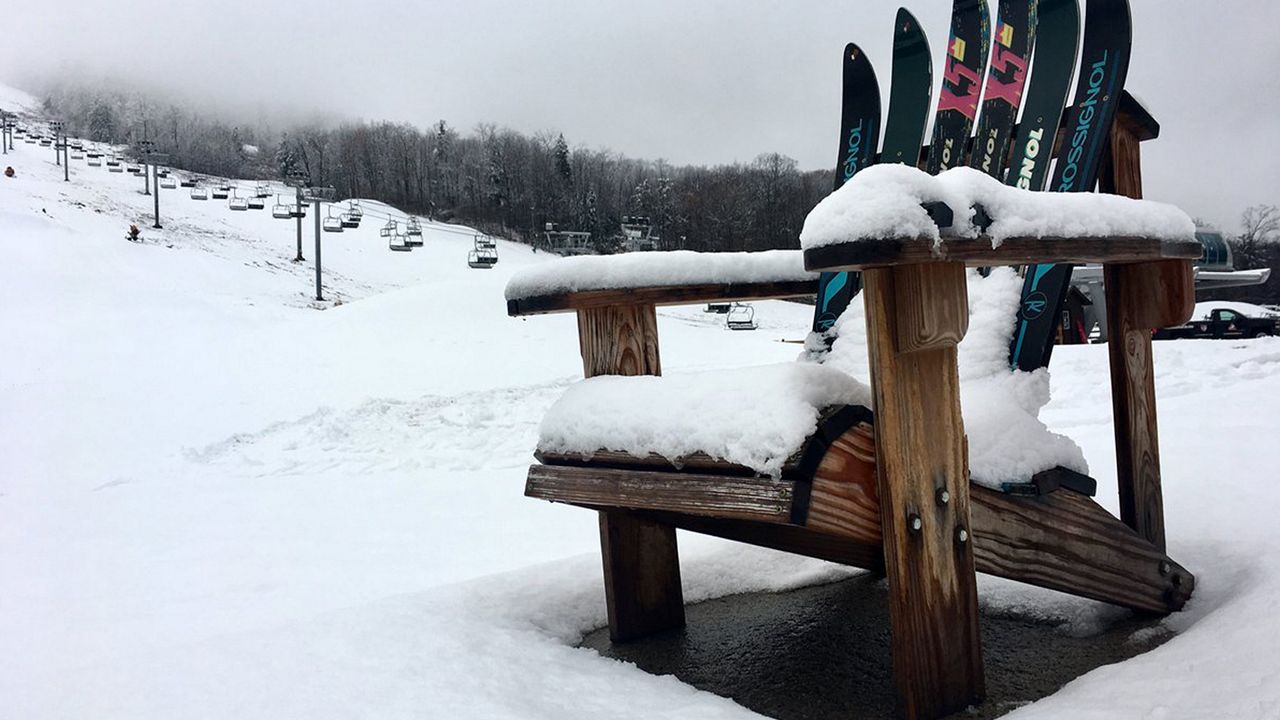 Seven years have passed since Spencer Montgomery and his wife Sara were part of a group that purchased West Mountain.

"There wasn’t a lot of money being invested into the actual ski area,” Spencer Montgomery said. “There was a period of about 15 years where there wasn’t much of any capital investment made."

The Montgomerys and their partners have reversed that trend, pouring more than $17 million into the Queensbury ski resort since taking over.

“Not to steal a cliché from 'Field of Dreams,' but 'build it and they will come' has been the vision,” Spencer said.

On Tuesday morning, the Montgomerys and some of their managers unveiled the latest upgrades that will debut this upcoming ski season, including a new cafeteria inside the main lodge and a modernized chair lift on the mountain's northwest slope.

The upgrades at @WestMountain include a new chairlift on the northwest slope - the third new lift installed by co-owners Spencer & Sara Montgomery in the last seven years - and a new cafeteria inside the main lodge. pic.twitter.com/97285OuuXY

"We went from anywhere between a 12- and 14-minute lift ride, and that will be dropped to an eight-minute ride, and it will actually be comfortable now," he said.

The new lift is the third that's been updated since the current owners took over. Last year, they installed a new stationary snow making system, which Montgomery says has allowed them to open more trails by the start of the season and increase their racing program.

"It’s a huge part of what we do here,” said Sara Montgomery, the mountain’s general manager. “We put on about 50 race days a season, there used to be about six race days here."

Spencer says this year's projects complete the overhaul of the ski-related business, which also includes a summer ropes course. If a developer signs on, he says the next enhancement could be a hotel or condos.

“On the northwest side there’s a small overlook that had been cleared for a tubing hill that never went in, tremendous view,” Montgomery said. “I thought that would be a nice overlook hotel there.”

Despite the fresh powder on the ground, Montgomery says it hasn't been cold enough to consistently make snow, so they haven't set this season's opening day yet. He says the team is excited to introduce the facility's upgrades to a new generation of skiers.

"When I look out the window [and] see a family getting going for skiing for the first time, I’m not just saying this, that’s actually the endgame for me," he said.