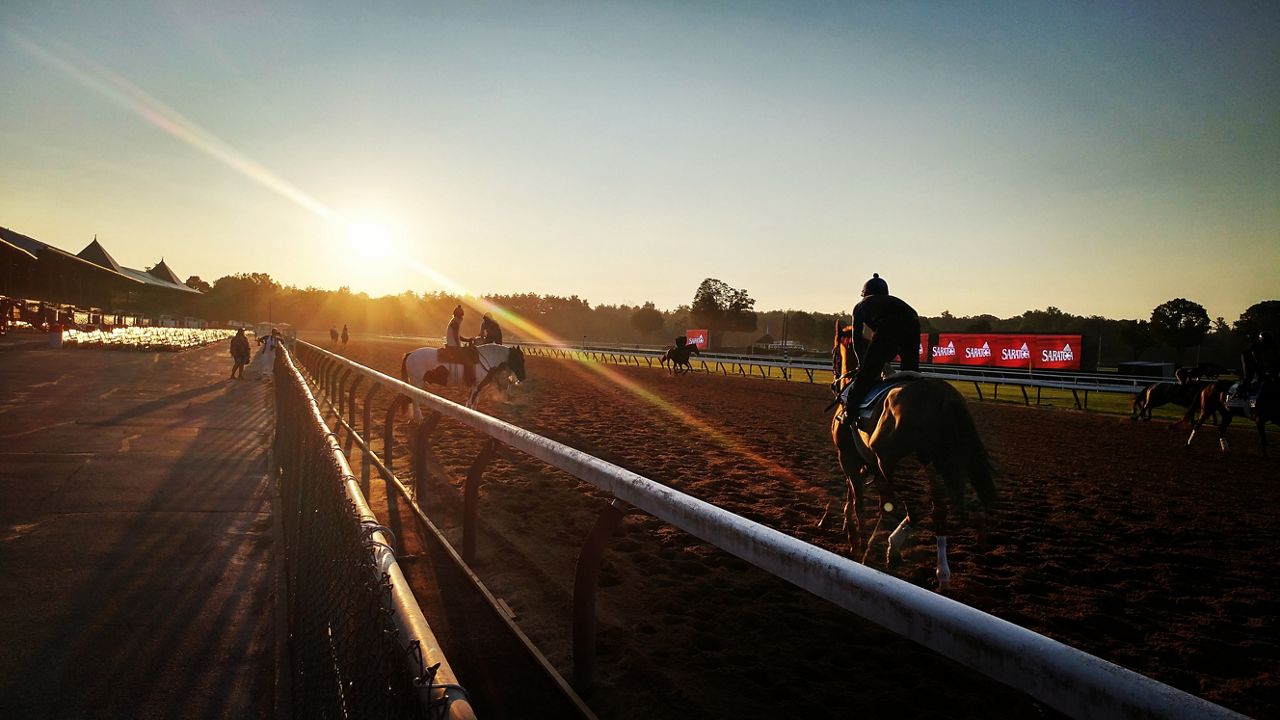 A Look at the History of Saratoga Race Track

The Saratoga Springs Preservation Foundation's tour of America's oldest racetrack starts precisely where you might expect: at the beginning of the city's racing journey more than 150 years ago.

“It’s just really heartwarming to think about how this has been preserved since the 1800s one step at a time," said Saratoga Springs Preservation Foundation Member Chris Lasher.

Led by executive director Samantha Bosshart and architect Matt Hurff, the tour is just as much a walk through the ages as it is the historic grounds.

“I think that is really the truly unique story for Saratoga Race Course is that you can see how it evolved over time,” said Bosshart.

“The property itself is very unique; it is almost a three dimensional timeline," said Hurff.

The stroll includes visits through the Oklahoma Training Track backstretch as well as the main track opposite Union Avenue.

“I think it is beautiful. I think the older buildings of course are wonderful," said Saratoga Springs Preservation Foundation Member Rebecca Connard.

The spa's newest features are also highlighted, including the recently opened 1863 Club, which was designed to complement the original architecture.

“Saratoga Race Course has a very distinct character to it and there are people who come here to watch races that would not go to other race tracks,” said Hurff. “They come here because Saratoga is special. Anything you do here has to respect that.”

Many who completed the tour say they felt as if they'd paid a visit to Saratoga's earliest days.

“I can imagine it, I think it must have been elegant in some ways and gritty in others and I’m glad I don’t have to be wearing a full coverage ladies outfit from the Victorian age,” said Connard.

Saturday's inaugural tour was for exclusive for Preservation Foundation members but a second tour scheduled for Monday, August 5 is open to all.