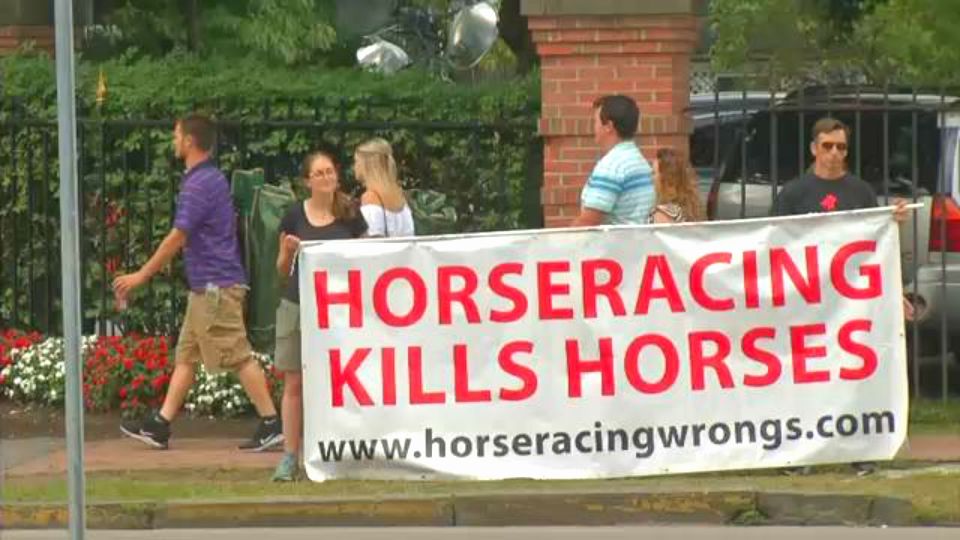 Phil Gleaves has trained thoroughbreds for the better part of four decades. The native of England currently has eight horses in his care on the backstretch of Saratoga's Oklahoma Training Track.

"I just love watching the animals, being with them, it’s been my whole life like that,” Gleaves said. “I think I have a connection with them and them with me. I think I can read them well.”

Like many in the sport, the winner of the 1986 Travers Stakes finds it hard to watch when horses are hurt racing or training; especially when those injuries are fatal.

The issue of equine safety was the main focus of a day-long state Senate hearing in Albany Wednesday.

“We know this is a big industry for the state of New York and this is something we do not want to kill, obviously, but we also have to make sure that our horses are taken care of,” said Sen. Monica Martinez, a member of the Senate Standing Committee on Racing, Gaming and Wagering.

During the four hours of testimony, lawmakers heard from both stakeholders and the industry's critics.

Battuello runs a website called HorseRacingWrongs.com, which catalogs deaths at racetracks across the country and stages protests.

“Over 1,300 racehorses have died at New York state tracks, and average of 137 every year, but those are just the ones we know about,” Battuello told lawmakers.

The Senate hearing came in the wake of more than two dozen horses dying while either training or racing at Santa Anita Racetrack near Los Angeles since the start of the year. Saratoga Race Course experienced its own spike in equine deaths two summers ago.

“I, like everybody else, was perplexed as to why all of a sudden all of those horses were breaking down,” Gleaves said.

“If you don’t get it right or you don’t investigate it properly, you have a catastrophe on your hands,” Dr. Scott Palmer said during his testimony.

The New York State Gaming Commission’s equine medical director, Palmer said numerous efforts have improved the safety of athletes in New York over the past decade.

“It was about a cultural change at the New York Racing Association to put the horse at the top of the list,” Palmer said.

“We do everything humanly possible to prevent it but it is not fully preventable," Gleaves said.

While Gleaves believes it's impossible to eliminate risk from the sport he loves, he agrees more needs to be done to protect the sport's equine stars.