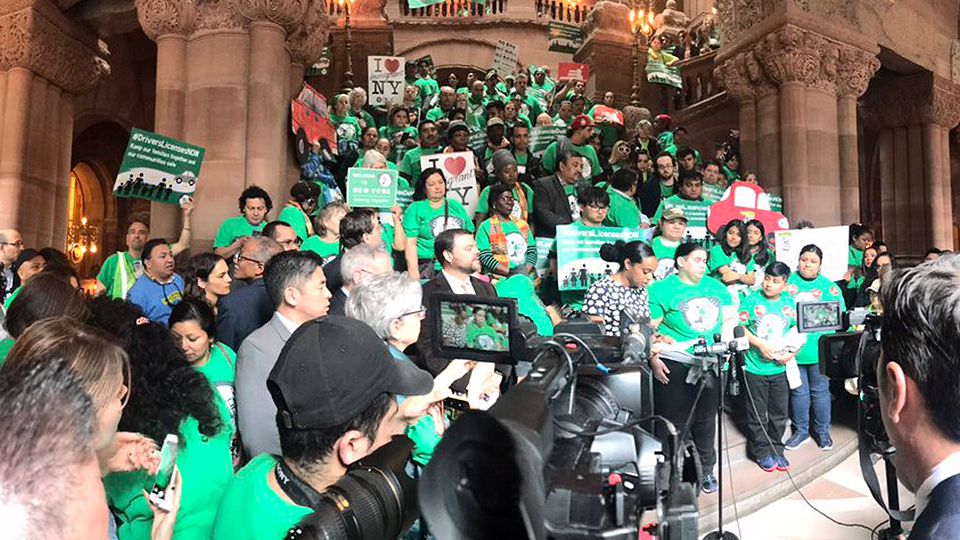 There are a lot of rules on the road. The simplest, perhaps: You need a license to drive.

It's not so simple, though, for undocumented immigrants, who cannot obtain a license in New York.

Hundreds rallied at the state Capitol on Tuesday in an effort to change that, lobbying for the passage of the "Green Light New York" bill.

If passed, undocumented immigrants would be allowed to receive drivers' licenses. Privacy in the application process would also increase.

Easily the biggest rally inside the Capitol, I’ve been to. @SPECNewsAlbany pic.twitter.com/SijSEKWn6F

"It allows people to get to jobs, and then it also increases revenue for the state of New York. Twenty-six million dollars? To me, this is an absolute no-brainer," said Assembly Speaker Carl Heastie. "I'm standing here to tell you the New York State Assembly will be passing the Green Light Bill."

Right now, the bill is still in the Senate Transportation Committee.