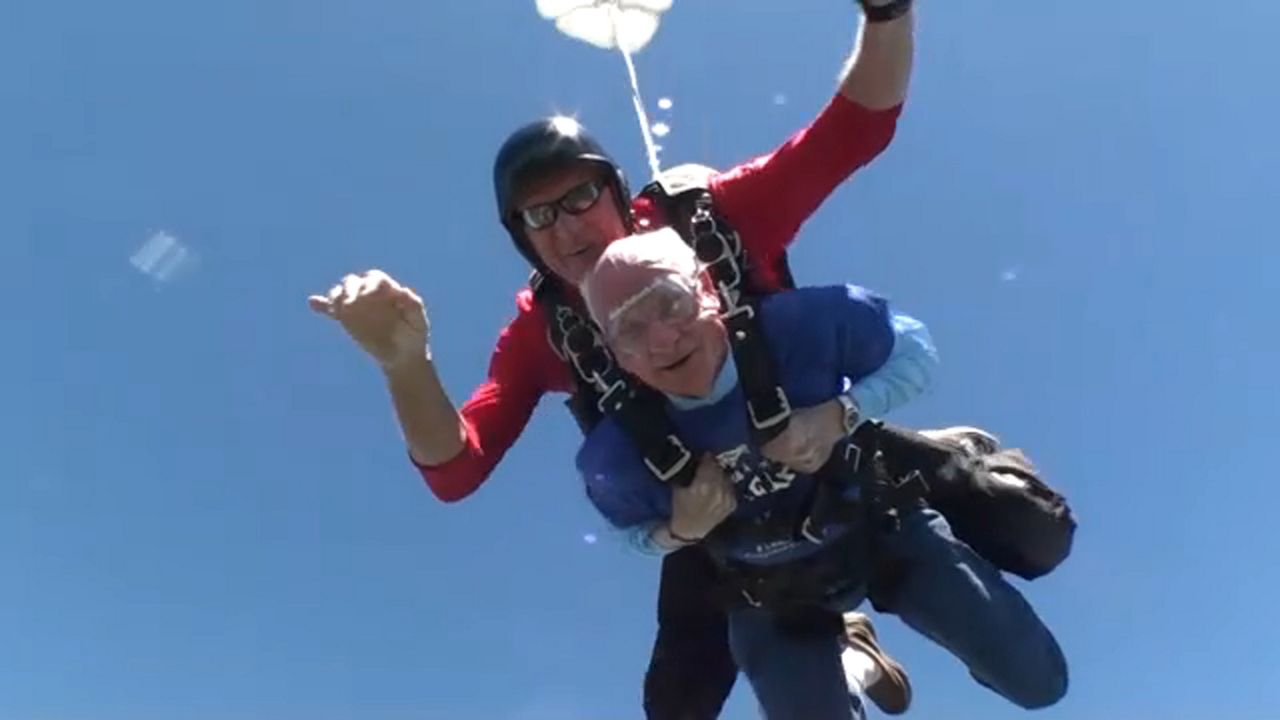 Three weeks ago, Paul Robitaille turned 90. On Saturday, he jumped out of a plane.

"Physically, there’s nothing difficult about it,” Robitaille said.

He is suiting up for his son Peter, who has been receiving services from Greystone for more than 30 years. Greystone serves people with autism and developmental disabilities.

“It is a once-in-a-lifetime thing, although I'm doing it for the second time,” Robitaille said.

Robitaille attended the leap for autism for the first time two years ago. He came as a spectator and left as a skydiver.

"Freefall for about a mile; after that, that’s the scary part for me, because I'm a little afraid of heights," Robitaille said.

“He cares about other people a lot, almost as much as he cares for himself," said Robitaille's great-grandson, Noah Piccone.

By the end of the day, approximately 60 people jumped for autism, raising more than $76,000.