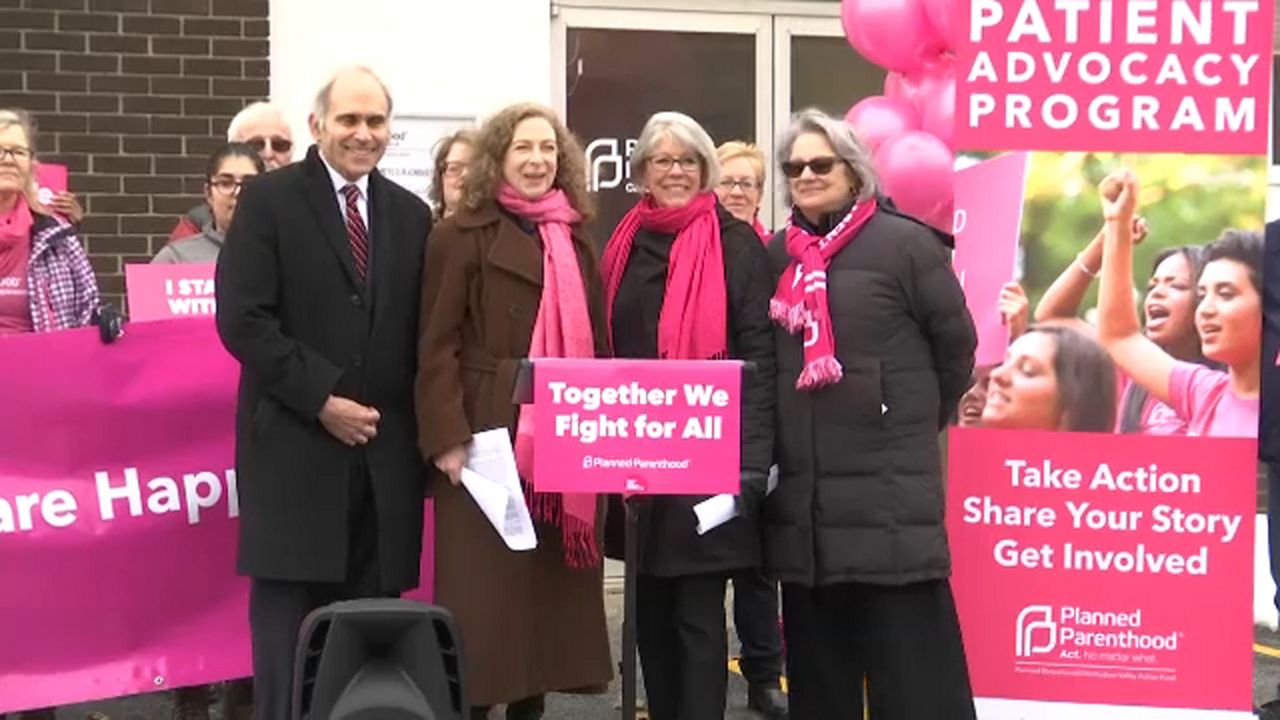 Blodgett's first words at the microphone outside the organization's Poughkeepsie office were that "a tide [had] turned."

Among the new laws is the Reproductive Health Act (RHA), which is based on the 1973 Supreme Court decision that affirmed the right to a safe abortion.

"It becomes more and more important that New York State have the protections that Roe currently has, in the event that Roe is overturned."

Another law is the Comprehensive Coverage Act, which is based on part of the Affordable Care Act. It requires employers in the state to provide insurance for contraceptive drugs and devices.

Finally, the "Boss Bill" hits on something Planned Parenthood supporters have been fighting over for several years: The newly signed law bars employers from discriminating based on an employee's reproductive health decisions, and from being able to access records of those decisions.

"This long battle that my friends behind me have fought for so many years is finally over," said Assemblyman Jonathan Jacobson, before pausing to add, "at this point."

"This legislation threatens to rupture the communion between the Catholic faith and those who support the RHA even while professing to folloe the Church," Scharfenberger wrote, "something that troubles me greatly as a pastor."