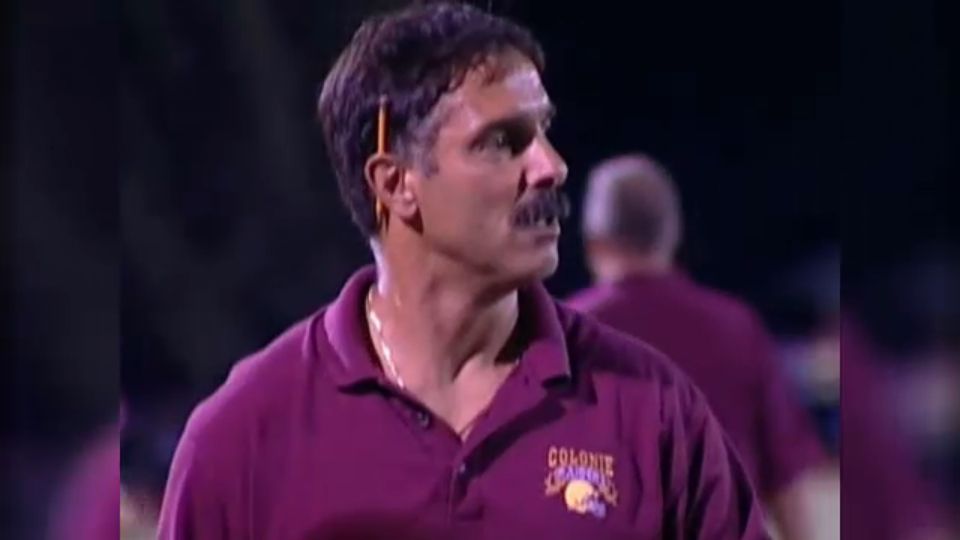 The Colonie community is in mourning, as a beloved teacher and coach passed away suddenly while shoveling snow on Monday.

On the football field at Colonie Central High School, every block, catch, and touchdown is attributed to one man. For more than three decades, Coach Mike Ambrosio was on the sidelines pushing every player to be their best.

He joined the coaching staff in 1987 and was head coach of the varsity team for 14 years. Tom Casey, a former player, says he still talks to his old teammates 28 years later.

"As a coach, he made every player on the team feel like they were special,” said Casey.

Ambrosio's impact reaches far beyond the Friday night lights. Kevin Halburian, a physical education teacher who worked alongside Ambrosio for 30 years, says he was with Ambrosio on Friday night — just days before his sudden death.

"Those who met him will never forget him, and those who didn't, it's a loss, just a loss," he said.

Ambrosio was there as more than just a coach for every milestone in his players’ lives. He was there as Matthew Tarullo committed to Syracuse and went on to the NFL.

"I’ve been in some great locker rooms in my life, you know, with the Cowboys and the Giants. As it comes to morality and ethics, I think Mike was above the rest," said Tarullo.

Tarullo has since returned to Colonie and worked alongside Ambrosio as a physical education teacher, before he retired in 2017.

"He helped me on a journey that I'll never forget and hopefully I can pass that forward for other kids,” he said.

Ambrosio's passion for coaching burned bright throughout his life, but those who knew him say his family was top priority.

He even took a break from the sidelines to watch his son's senior season against Colonie's rival, Shaker High School.

"That's a no-brainer for him. He would've taken five years to watch his kids play. Family was always first and always would be. They are so lucky to have a father like him," said Halburian, moved to tears.

"I know it hurt when he had to sit on the Shaker side to watch his son play football, but he did it," laughed Casey.

Ambrosio was the heart of the garnet and gold family, who say he was taken too soon.

The Colonie athletic director and the current football head coach say they plan on honoring the coach in some way come football season. A GoFundMe has started to promote scholarships in his name.