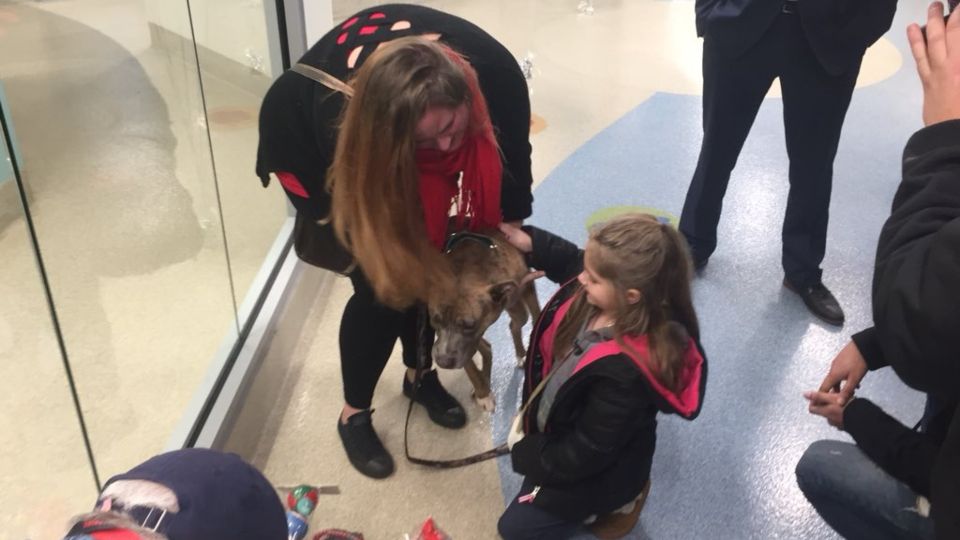 Luna the Dog Reunited with Family

For the first time in two months, Luna the dog is home. The animal’s future was uncertain after she bit another dog in Troy in October.

An agreement was reached this week that prevents her from being euthanized and allows her to return to her family. They picked her up at the Mohawk Hudson Humane Society Friday.

"The bed is empty. The house is empty. I have other animals at home that missed her as well so her running around the house and sleeping in bed with us will be normal,” said Saba.

For two months, Luna was held at the Mohawk Hudson Humane Society. Recently an agreement was reached between Saba, the humane society and the city of Troy to prevent Luna from being euthanized. Six-year-old Hayden says no gift could possibly be greater than Luna coming home.

This case prompted change in Troy’s dangerous dog law. Now the fate of dog’s that violate that law will be decided on a case-by-case basis.

“I am hoping one day to actually get a court ruling on whether or not the state law supersedes these local laws. We came close to that here but I am happy we were able to resolve it and get Luna home in time for Christmas,” said the family’s attorney Jonathan Schopf.

Luna will be on probation for two years and the family paid a $1,500 fine. Luna will also have to be leashed and wear a muzzle in public. Saba says it’s a small price to retrieve a family member.

“We’ll be alright, we will figure it out, and it was well worth getting her home. [The newly established rules are] only for two years and then we’ll move forward,” Saba said.