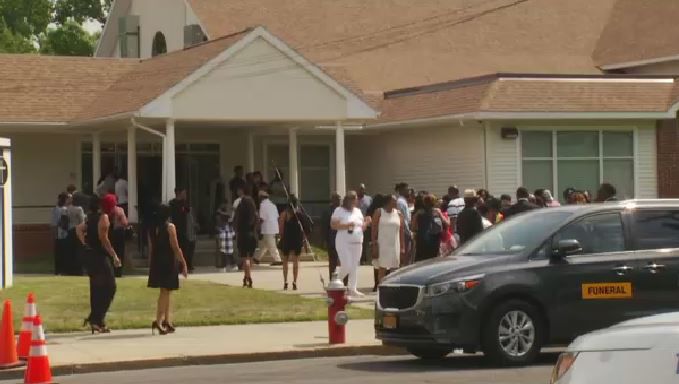 Just hours after Albany's eighth homicide of the year, a prominent anti-violence advocate was laid to rest.

Elijah Cancer, 32, was shot and killed last Saturday after police say he may have been breaking up a fight.

Hundreds of family and friends packed Metropolitan Baptist Church in Albany to remember Cancer, who was shot three times in the torso last Saturday. According to police, Cancer may have been attempting to break up a fight, which is fitting for a man who devoted much of his time to ending the violence in this community.

Cancer was a member of Albany 518 SNUG, an anti-violence group which aims to reduce gun violence. Just last week, he was honored as the "Outreach Worker of the Year" in Albany.

Spectrum News spoke to one of Elijah’s cousins during Saturday morning’s visitation period.

“He just made a complete change. It’s sad we had to come to this day but like I said, he’s leaving a great legacy, and just the change he made within himself and the city of Albany, I’m proud to say he was my little cousin," said Sheilita Oliver, Cancer's cousin.

Among the many family members and friends Cancer leaves behind are three children.

To honor Elijah's legacy, Trinity Alliance is accepting donations to assist with the upbringing of Elijah's children. To donate, click this link.