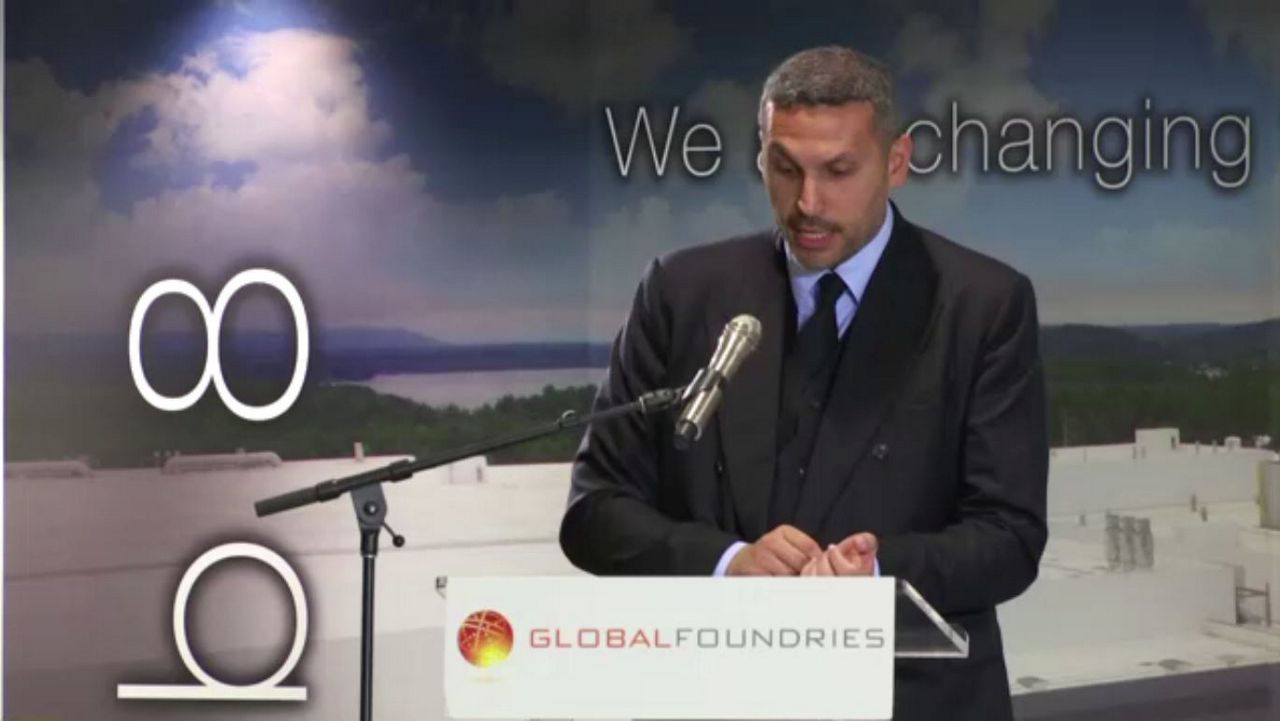 Nine years after ground was broken at GlobalFoundries, more than 3,000 employees are now working at the semiconductor plant in Malta. As Matt Hunter reports, after a visit by the parent company's CEO on Monday, local leaders are hopeful there's room for more growth.

MALTA, N.Y. – During a rare visit to GlobalFoundries' Fab 8 site in Malta on Monday, the CEO of the semiconductor manufacturer's Abu Dhabi-based parent company said billions of dollars are being spent to help develop smaller, faster microchips that are used in products ranging from cell phones and medical devices, to military equipment.

Over a decade ago, New York State and local governments used more than a billion dollars’ worth of tax breaks and other incentives to lure GlobalFoundries to Saratoga County. With roughly 40 supply chain companies doing business with them, local leaders say GlobalFoundries is now responsible for 10,000 direct and indirect jobs that pay an average salary of $92,000.

"It’s been a game-changing investment in this community, and it is one that we should be proud of," Saratoga County Chamber of Commerce President and CEO Todd Shimkus said.

"With Fab 8 being a national success asset, a national story, a national treasure, it is inspiration now to expand further,” Congressman Paul Tonko said.

After investing more than $15 billion here already, many would ultimately like to see GlobalFoundries build a second chip fab, which would bring several thousand more jobs to Malta. Tonko, who spoke at Monday's event, said any expansion by the company would likely require further investment from the state and federal governments.

"I am confident there is growth in the future and that, with the commitment coming from our investment here, from the state and the United States, we can continue that flow upward,” Tonko said.

"In terms of planning, this site is shovel-ready," Shimkus said.

Khalifa Al Mubarak did not address any expansion plans on Monday, but many believe his mere presence in Malta is a sign he's committed to the site's future.

"His appearance here today, I think, means they are looking to invest more,” Shimkus said.

"We’re continuing to grow within our own perimeter as we have it today,” said Ronald Sampson, general manager of the Fab 8 site. “I think as we continue to develop and make progress on what we are doing together, we will see."