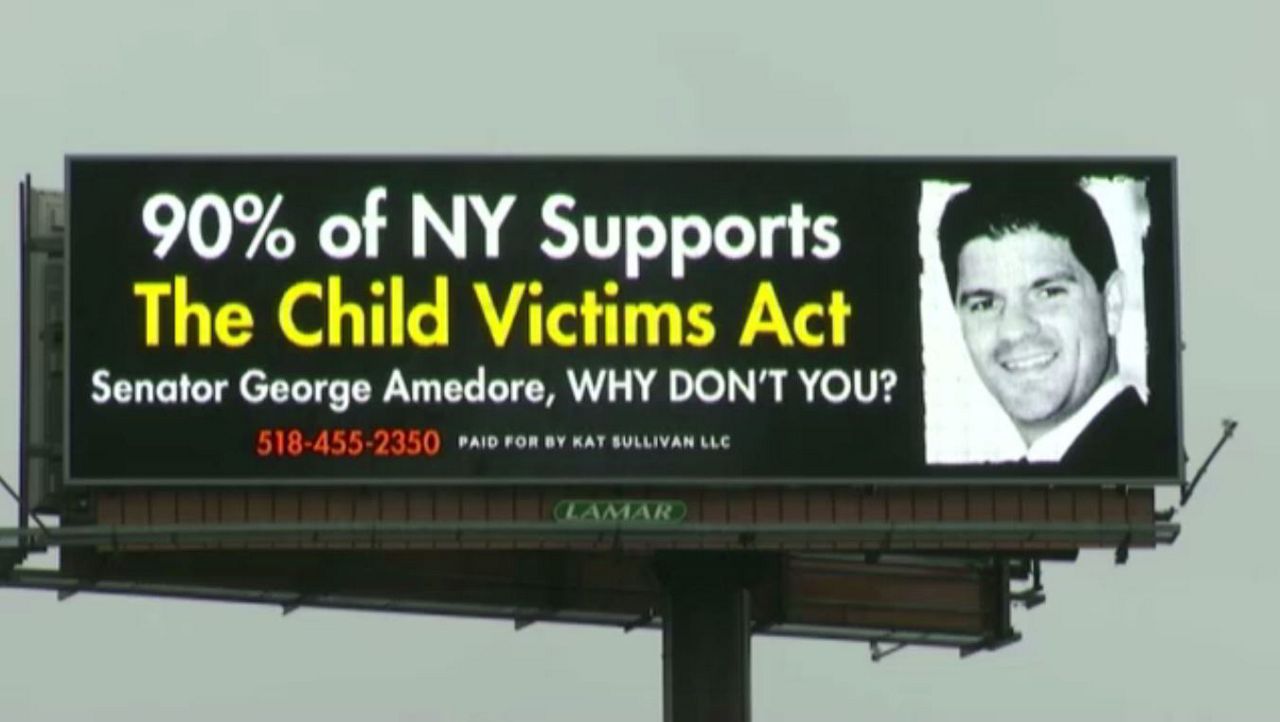 A new billboard on the side of I-787 reads, "90% of NY supports the Child Victims Act. Senator Amedore, why don't you?" She got the idea from Oscar-winning movie "Three Billboards Outside Ebbing, Missouri."

If the act is passed, minors will have no statute of limitations in bringing felony cases against someone who sexually abused them.

Senator George Amedore has seen the billboard and calls it unfortunate. He disagrees with it, saying he supports child victims. To him, the problem is finding a bill the assembly, senate and governor all agree on.

"My heart breaks for them. I support them," Amedore said. "It's, what is the right law or language of a bill that gets the, again, two houses as well as the governor to agree?"

Sullivan isn't alone in her effort to get the Child Victims Act passed. The push has gone on for more than a decade. On the same day the billboard was unveiled, other survivors held a demonstration at the State Capitol.

"We’re going to be here until you realize that any child that was abused in the state of New York has a right to the courthouse doors," says Rob Hoatson, former priest and survivor.