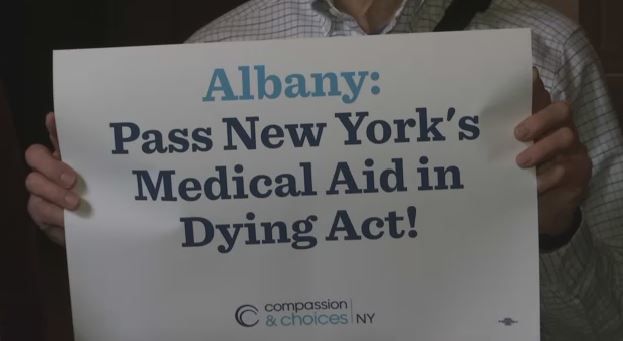 Support for a New York Medical Aid in Dying Act is ramping up.

Four organizations, dedicated to passing legislation, announced an alliance at the State Capitol on Monday.

The groups Compassion & Choices, the local and national chapters of Death with Dignity, and End of Life Choices New York, formed the alliance.

Right now, only five states plus the District of Columbia have death with dignity laws. In light of this new alliance, advocates are as hopeful as ever that New York will become the sixth.

“Every state where the law has passed -- California, Hawaii, Washington, D.C., Washington State, Vermont -- it has been the combined effort of local organizations primarily with national organizations to get the law passed," said George Eighmey, president of Death with Dignity.

Opponents of assisted suicide have a series of arguments against it. Some cite religious reasons. Others say it normalizes killing, suicide and preys on the weak and vulnerable.

The Assembly Health Committee will hold a hearing on death with dignity legislation next Monday.