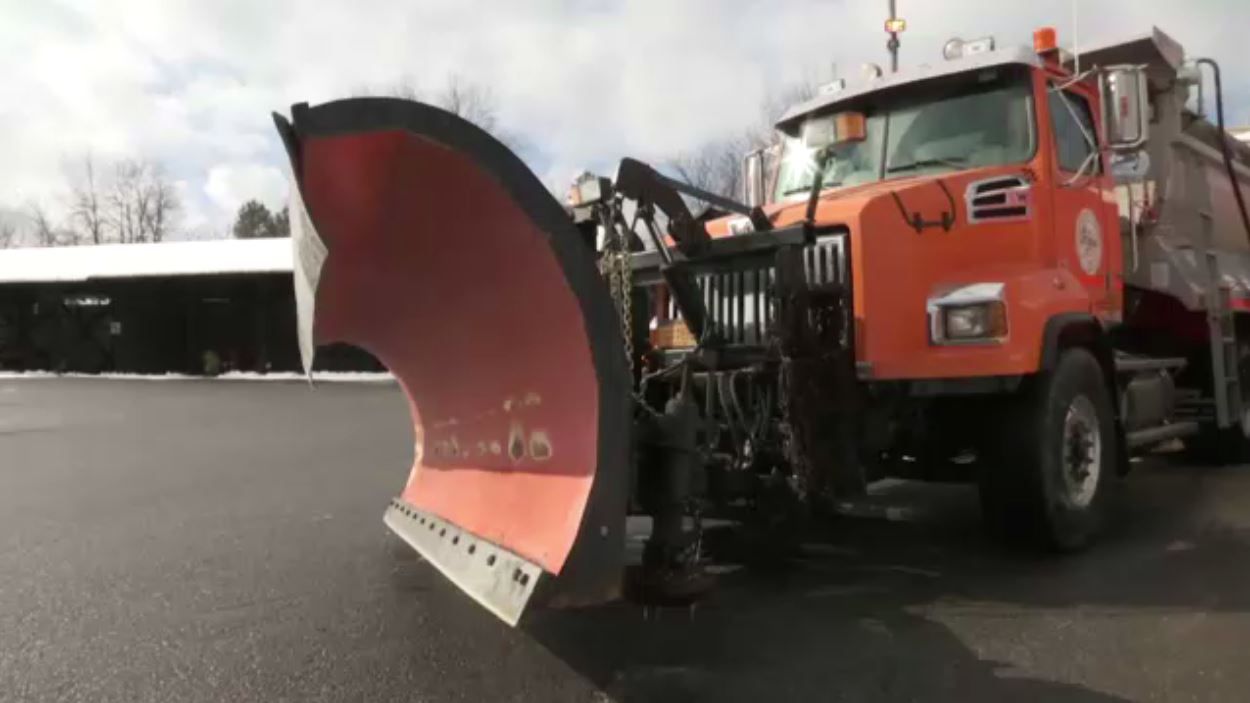 With as much as a foot of snow expected to fall in the northern parts of our region, public works crews in Saratoga County are also busy preparing for Wednesday's storm. Matt Hunter reports.

BALLSTON SPA, N.Y. – The first half of winter has kept the Saratoga County Department of Public Works hard at work.

"The winter has been similar to last winter, probably a few more small storms, so a little more activity," said Keith Manz, the department’s commissioner. "We have been busy because anything, one inch or two inches, we still have to go around the 365 miles of road and put some salt down and plow the snow off."

The storm rolling into the region Wednesday morning is expected to be the season's biggest so far.

"We are expecting eight to 12 [inches],” Manz said. “It is going to be straight snow, it looks like, in the low 20s, starting at 8 tomorrow morning and ending around 7 tomorrow evening."

That means the department's 140 or so employees spent much of Tuesday preparing. Spread out among the northern and central garages, all 24 of the county's plows were loaded with fuel and salt ahead of time.

"The first thing in the morning, they will be ready to roll out of here and get the salt down,” Manz said.

Crews rely on magnesium-treated salt that melts ice and snow in temperatures as low as 10 below zero.

"We'll try to apply right on the first snow starts hitting the pavement, because then it will stay on the pavement and break that bond,” Manz said. “We don’t want to pre-salt too much, because that is going to scatter off the road."

Having seen his crews work on the county's 365 miles of road countless times before, the department's commissioner says no amount of precipitation will stop them from keeping drivers safe.

"This is a lot of snow, but there are a lot of knowns that fit into what we like to do or can do well," he said.