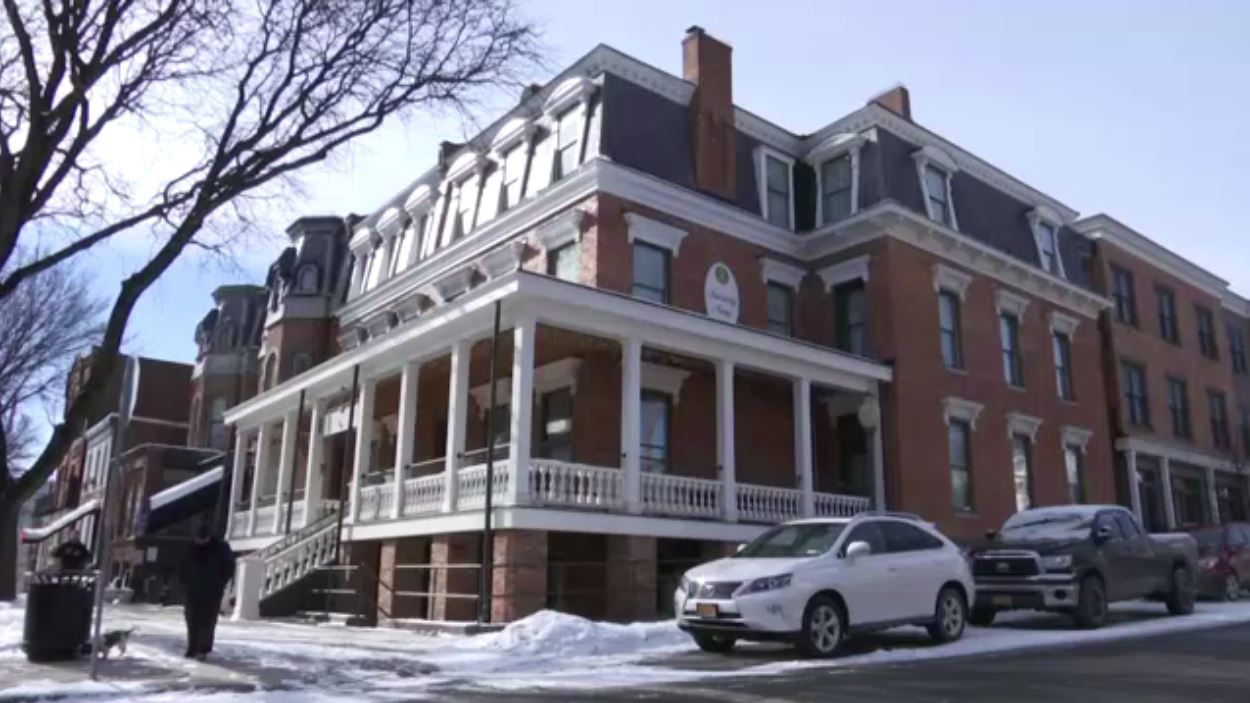 In the heart of a city visited by thousands of people each summer, a Saratoga Springs hotel receives national recognition. Matt Hunter has the details.

SARATOGA SPRINGS, NY – Built in the 1870s, 497 Broadway was purchased by Kathleen and Noel Smith in 1997 and renovated and reopened as Saratoga Arms almost a year later.

"In the mid-1900s, it became a boarding house,” said Amy Smith, one of the couple’s daughters. “It was a rundown, ramshackle boarding house, never abused but neglected."

"I like to say that I am the general manager, my sister Sheila is the group sales manager and my mother is the micro-manager and my father had the vision," Smith said Wednesday morning.

Located on the north end of Broadway, the boutique establishment pairs Victorian architecture with modern upgrades and amenities.

"One of our big claims to fame is that every single one of our rooms is individually decorated,” Smith says. “We have 31 rooms and they are as different as each guest that comes through our door."

"I was blown away,” said Doug Grant, a guest from Vermont who was checking out with his wife, Kathleen, on Wednesday.

“We walked in, and I was like 'this is gorgeous,' " Kathleen said.

The Grants made the more-than two-hour drive from Vermont to celebrate their fourth wedding anniversary.

“Top to bottom, this place by far has been the nicest place we have stayed," Kathleen said.

This past week, Saratoga Arms received high praise from TripAdvisor's Travelers' Choice Awards, being ranked No. 2 on its Best American Hotels list.

"We are thrilled and quite humbled, actually," Smith said.

"It’s an incredible list. Many of the major metros are on there, many of the major tourism destinations across the country are on there, and they are at number two in the nation," Saratoga County Chamber of Commerce President and CEO Todd Shimkus said. “It’s quite an accomplishment for them.”

In a city with a growing number of hotels, business leaders believe the award will help attract even more guests.

"People are going to see that, click through and want to find out more, and they are going to learn all about Saratoga as well," Shimkus said.

The award also makes note of the hotel's personalized customer service, something Smith says was passed down from her parents.

"They had a vision, and as I’d like to tell people, I am standing on the shoulders of giants," she said.

Along with Hotel Giraffe in Manhattan, Saratoga Arms is one of two hotels in New York State to be named in the top 10.