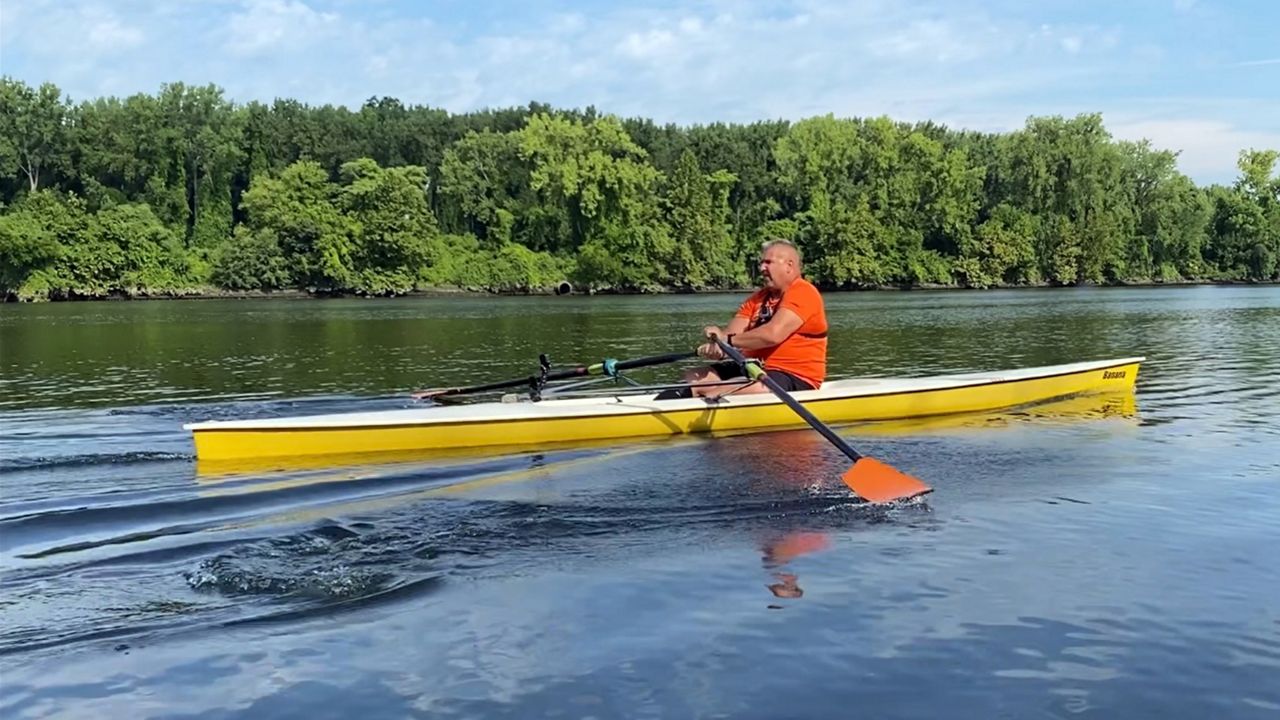 On the water, Walter Boynton says he feels weightless, like a burden has been lifted off his shoulders.

“It’s just great being out here, not limited to what I can and can’t do, or being told ‘you can’t do this,’ or knowing I can’t do it,” Boynton said.

While rowing is typically a full body sport, Walter has had to learn how to adjust after a work injury that happened roughly five years ago.

“So I had a spinal bleed from twisting and picking up fire hose, they believe, and by the time we detected it and found the issues, it already caused damage to my spinal cord, creating paralysis on the left side of my body,” Boynton said.

A firefighter and emergency medical technician, Boynton was left with limited mobility on his left side. Being an avid hiker, he didn’t want to miss the great outdoors.

So after reading a few articles and a push from his wife, his next journey led him to the water.

“I think he would also admit his first time getting in and out, it wasn’t pretty, but we figured out ‘OK, we can get him into the boat. We can get him out of the boat. So we can go ahead and learn the ins and outs of rowing,’” said Rebecca Clark, Boynton’s coach.

Joining the team at the Albany Rowing Center, Walter was immediately embraced by the crew. Three days a week at 5 a.m., his teammates help get the retired firefighter into a bright yellow banana boat and into the water.

“Just seeing a whole group come together to get me to a point where I could race, I never expected to race. I just expected to come out here and enjoy something,” Boynton said.

Boynton quickly became a vital part of the team, bringing home a gold medal in his first adapted race, and he has already set his sights on another.

While Boynton is thankful for the team that’s surrounds him, his peers say he serves as their inspiration.

“Walt just reminds us that you are your own yardstick for success. You know, it just forces us to say ‘OK, I have to do the best that I can,’” Clark said. “If he’s here working this hard, I have no excuses.”

And to those that have faced similar injuries as Boynton, and fear taking a risk like rowing, he says don’t think twice about it.

“As a firefighter, I was always used to helping people. So for me to have to rely on somebody else was hard and still is hard for me,” Boynton said. “Reach out to the groups; many groups will be out there to help you and work with you.”