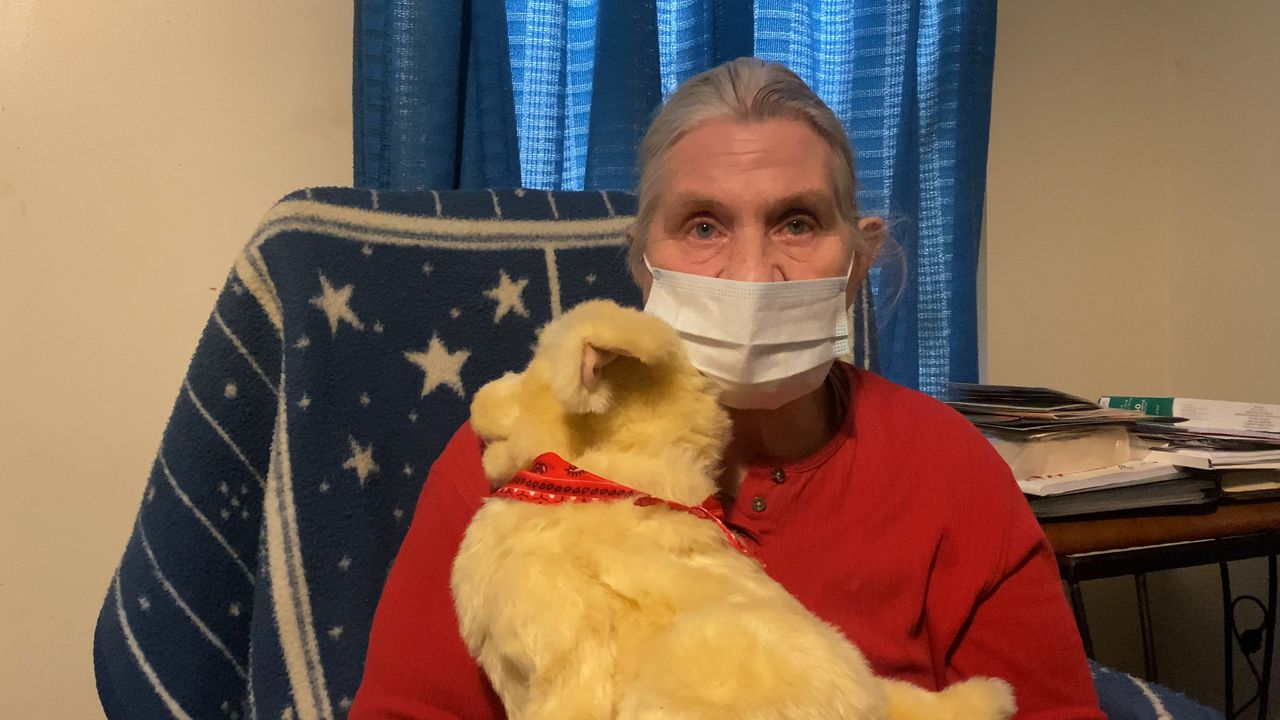 “When I was home on the farm, we had all kinds of animals,” Morey said. “We always had seven or eight dogs, five or six cats and parakeets.”

Beverly has been homebound for over a year, though, due to heat complications. Outside of visits from her daughter, she spends most of her time inside and alone.

“It makes me feel like there’s somebody there all the time. I always loved dogs and I feel better with [robotic pet] Ralph,” Beverly said.

LifePath, a service that provides support for Albany seniors like Beverly, recently received companionship pets for their homebound older adults.

“You can feel the heartbeat. It will engage; it barks, the tail wags,” said Greg Olsen, director for New York State Office for the Aging.

Olsen commissioned the pet project in 2018 to combat depression and social isolation.

“CMS released a report on the impact of isolation amongst older adults in Medicare and found that it was equivalent to smoking a pack of cigarettes a day,” said Olsen.

The program found that after 12 months with the pet, 75 percent of individuals had a significant reduction in loneliness.

Olsen says it’s the caregiver who really notices a difference.

“They saw a complete change in their mom,” he said. “She began walking again, reading again. She wasn’t sitting in front of the TV; she wanted to volunteer.”