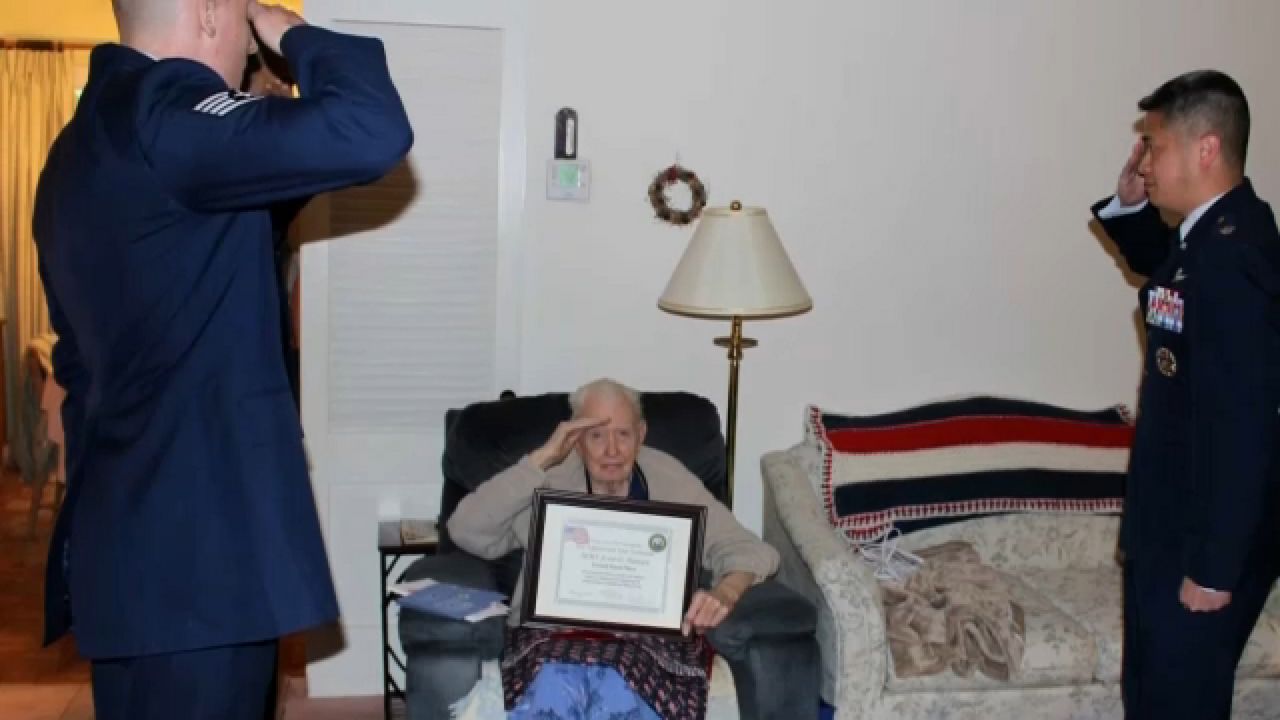 For 92-year-old Albert Gerard, it was a good feeling to be honored with salutes from fellow veterans and special recognitions with pins and awards. It almost felt like a private parade while being cared for in hospice.

Gerard was among thousands of veterans in the “We Honor Veterans” program at hospice care centers across the country and here in New York. Gerard has since passed away.

“The We Honor Vets program acknowledges the service of the individual. Sometimes that service hasn’t been acknowledged for 20, 30, 40 years,” said Jeanne Chirico, president of Hospice and Palliative Care Association of New York State.

“New York State, out of all the states in the country and including Puerto Rico, [is] one of the top five states with the highest veterans population,” said Joseph Vitti from Visiting Nurse Service of New York.

Vitti is an Army veteran. He runs the “We Honor Veterans” program for hospice in New York City. He wants to make sure that veterans know their service and sacrifice are appreciated, and that the program is there to help.

“When someone doesn't utilize hospice benefits in the last six months of life, they could exhaust almost 80 percent of their life savings,” Vitti said.

The Hospice and Palliative Care Association of New York State was recently in Colonie for its annual conference. Officials were educating individual hospices on the benefits of the program. The organization works with the VA, and they use an army of volunteers to help veterans like Gerard access their benefits. They also work together to bring peace and healing from the traumas of war.

“We have volunteers who were military themselves, and we would ask a veteran ‘we see that you were in combat,’ ” said HPCANYS consultant Carla Braveman. “ ‘Would you like another veteran to come out and talk with you?’ ”

Braveman said the most incredible things can happen when those veterans get together for what could be the last time in their comrades' final moments.

“Some of the families of our patients have been able to hear stories they’ve never heard before about their loved ones' military experiences,” HPCANYS Board Chair Kendall Drexler said.

They connect in a way that only veterans understand. Organizers say it’s an important duty, especially with many World War II and Vietnam vets reaching the end of their years.

“It’s amazing. We see now that a lot of our WWII veterans have passed on. But we’re certainly seeing veterans of every war,” said Judi Lund Person from the National Hospice and Palliative Care Organization.

For more information on the “We Honor Veterans” program, you can contact Hospice and Palliative Care Association of New York State at www.hpcanys.org.