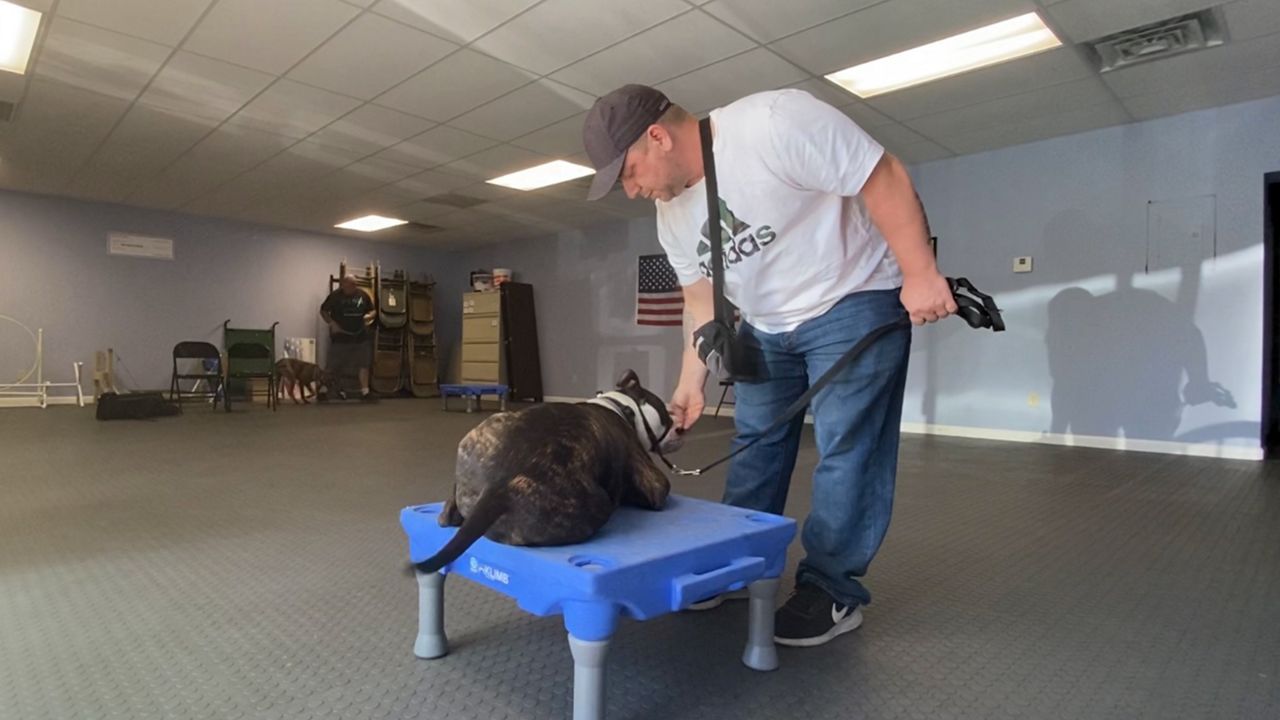 According to the Office of Veterans Affairs, somewhere between 11 and 20 percent of veterans who served in Operation Iraqi Freedom or Enduring Freedom suffer from PTSD.

Organizations like Operation at Ease help veterans train their own service dog to help treat lingering effects from PTSD.

"Post-traumatic stress, it just wraps around you and it lies," says Joni Bonilla, the founder of Operation at Ease. "It tells you that you’re not going to have a normal life again, that you can’t do what you did before and I just feel that little by little we take those lies away."

Veterans in the program work with trainers in order to certify rescued dogs from local shelters. But the emphasis is on the veterans, who continue to train their animals at home.

Robert Odell, one of the veterans in the program, said he initially backed out after being worried about the stigma of having a service animal.

"I backed out originally because of that, and then it was brought up again through some of the other people that I work with, and I decided to give it a try," says Odell.

He's been working with his dog, Benny, for about six months now. While he initially thought Benny was "untrainable," the two have clicked.

"I used to have to close my bedroom door and lock it shut, or else I’d be looking at my bedroom door all night, with him, having him lay in bed with me and have that extra sense of security, knowing he’ll hear things before I do," says Odell.

Bonilla says most, if not all, the veterans she has worked with have thought about quitting before ultimately persevering.

That's a feeling that's reciprocated, as the dogs become critical for the veterans.

"I’m happy that I actually went through it and got him, because it’s been a big help for me. It’s probably the best year I’ve had in a long time," says Odell.