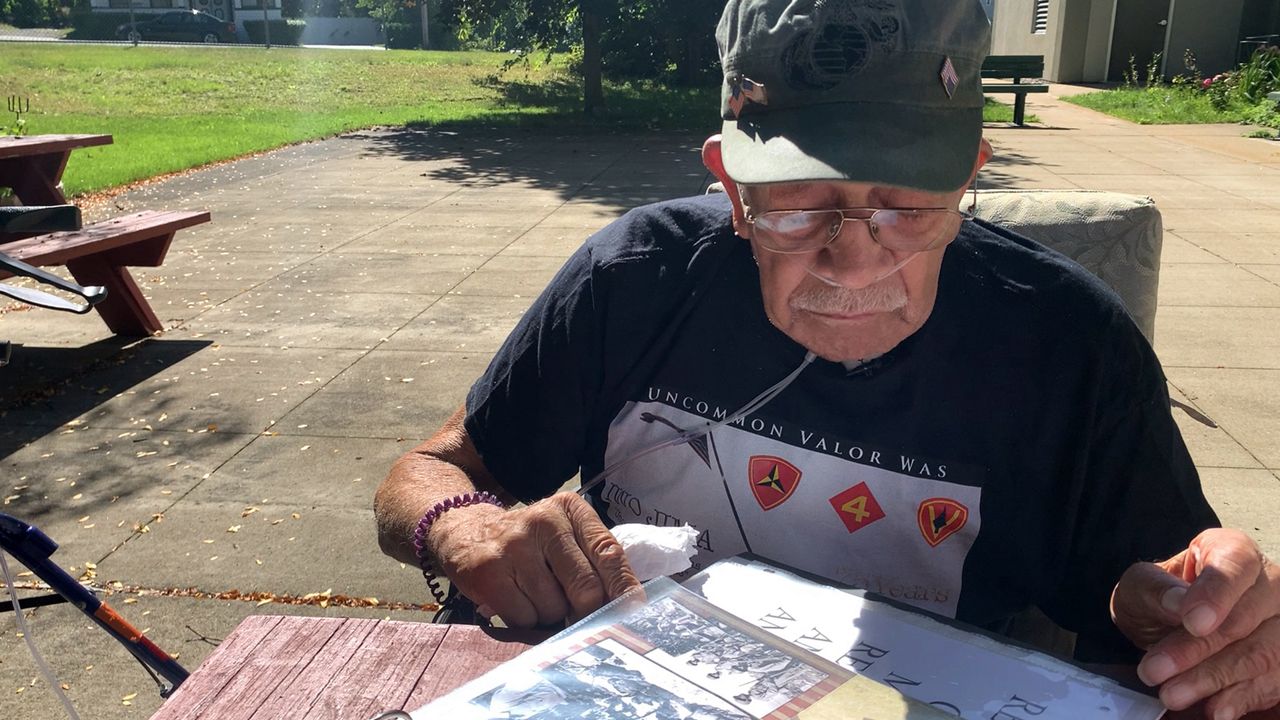 Ambrose Anderson was just 19 years old when he was drafted into the U.S. Marine Corps. He left home in Gloversville, and headed straight for North Carolina for boot camp.

“It was bad; it was so bad that … they told us ‘if something happened to you, we will just write home and tell them you were killed in action,’ and we believed it,” Anderson said.

Anderson, eventually becoming a corporal, was part of the original Montford Point Marines, the first African Americans to serve in the Marine Corps. Their training was intense and often too much.

“We realized they were preparing us for what was to come, the segregation we would face,” Anderson said.

He was part of the Eighth Ammunition Company, a group that provided ammunition for the front lines during World War II. Even after his service in Iwo Jima, Anderson still faced discrimination when he returned home.

“I’m still bitter to a certain amount. I didn’t realize I would be discriminated against,” Anderson said. “So the little things, I started to pick up on little things when I came home that I couldn’t do, or didn’t do.”

While the pain of the discrimination that the he faced when he returned, Anderson knew his service played a valuable role in the Marine Corps history. Just five years ago, he returned to Montford Point, and came across two African American officers that he said were in high-ranking positions – something you would never see during his service.

In 2012, Anderson and a number of WWII veterans were honored for their service. Anderson received a gold medal for being a part of the Montford Point Marines.

Today, it’s estimated that there are about 400 Montford Point Marines still living of the original 20,000. While Anderson was honored with his gold medal, he still says many don’t know about the service of his group.

“I don’t know why. No one talked to me about being in the Marine Corps, as far as I know,” he said.

To this day, Anderson has yet to meet another member of the Montford Point Marines. But he continues his search every year.

“Start remembering some of the times we had, what we went through. I know how they feel,” Anderson said.