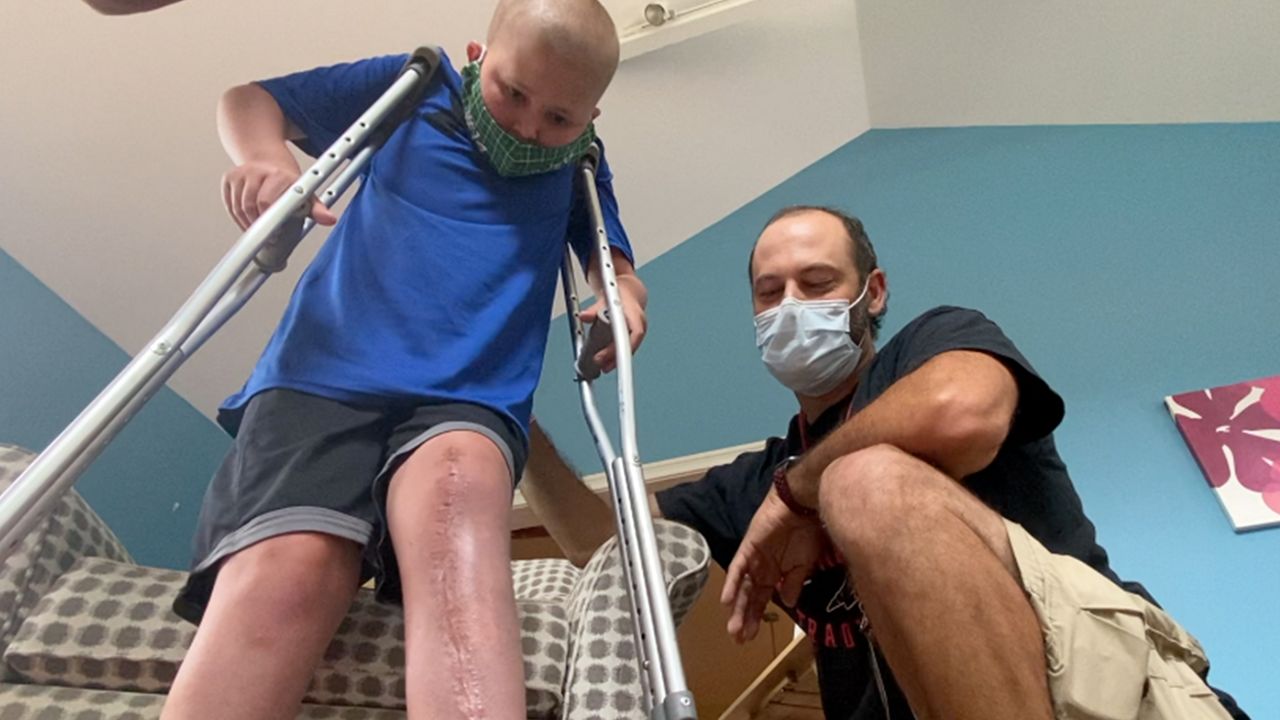 The COVID-19 pandemic turned life as we know it upside down, but during that time, a 12-year-old from Kinderhook received a devastating diagnosis that would change his life forever.

Over the past year, Kyle went from running around the diamond to learning to walk again.

“Working on moving it, stretching it, and just strengthening it,” Kyle said about his current sessions.

It was after the baseball season in September that Kyle’s leg began to hurt. His mom, Jamie Stickles, noticed his complaining, something that Kyle isn’t known to do.

“Thinking nothing of it, went to a doctor, follow up X-rays; everything just happened very quickly,” she said.

And while the world battled the pandemic, Kyle began his own battle. He was diagnosed with osteosarcoma, a rare form of bone cancer. The disease only impacts about 400 kids every year. Within weeks from his diagnosis, Kyle began aggressive treatments.

“It’s been a very long road for him. He missed out on about an entire full year of his life,” Jamie said.

After 97 days in the hospital at Albany Medical Center, months of chemotherapy, and a surgery to remove about 5 inches of bone, Kyle is now in remission. He received his last chemo treatment in June. However, his battle to regain his strength continues.

Most days, it’s the little victories for Kyle. The small steps along his journey are the biggest strides.

“Today’s a good day. Most days after chemotherapy have been good days,” his mom said.

But, looking back at the past year, it’s hard to not admire his strength.

“He’s been very inspirational. He’s been through a lot and he’s done it all with a smile and with grace and dignity,” added Jamie.

His goal is to once again return to just being a kid and enjoy the things most people take for granted, like a game of baseball. Most importantly, after a year of virtual learning, he’s hoping to walk through the school halls on his own two feet, cancer-free.

“We hope for him to just have the independence everyone else does and go places with other kids,” said Jamie.