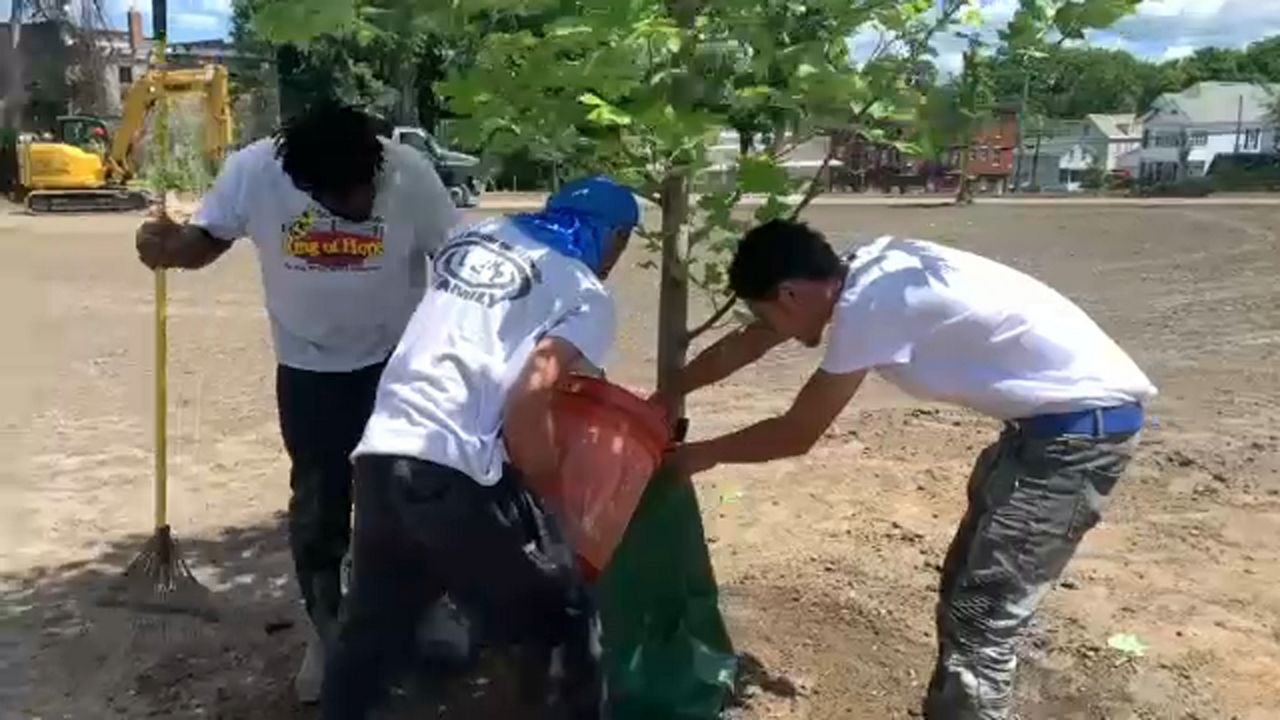 Schenectady organization reuniting families one father at a time

A Schenectady organization is reuniting families one father at a time. For one local man, joining the group was nothing short of life changing.

Planting trees is part of Kenneth Brooks’ day job. You could also say it’s a metaphor for his life. When planting trees, you need a vision, a good foundation and some patience, and you reap what you sow. Brooks, a 38-year-old from Schenectady, understands this a little better now with the help of Community Fathers.

The organization is a group of fathers in Schenectady working to be better at parenting and to better themselves at the same time.

The organization originally started as a support group, according to Executive Director Walter Simpkins.

“A lot of times, people are not aware of how fathers feel about not being in the lives of their children,” Simpkins said. “I know that it created so many devastating emotional dramas for me.”

It’s grown to the point where they now provide multiple services including help with drug court, re-entry into society from incarceration and domestic violence offender accountability.

“Our mission is building communities one father at a time,” said Simpkins.

He added that fathers in divorced situations tend to spend less time with their children, especially in lower income areas. Community Fathers is working to change that.

Simpkins also said the role of the father is evolving in today’s society.

“Fathers were known as the providers and protectors. And that was it. But something has shifted,” he said. “And this is what we started to find in our fathers group. Fathers are emotionally attached to their children.”

Brooks is one of the success stories of Community Fathers. He spends more time with his daughter, he owns a thriving landscaping business and he’s making great connections in the community every day.

“Things that we learn at community fathers are the things that I teach the younger generation, the next generation, my daughter,” Brooks said.