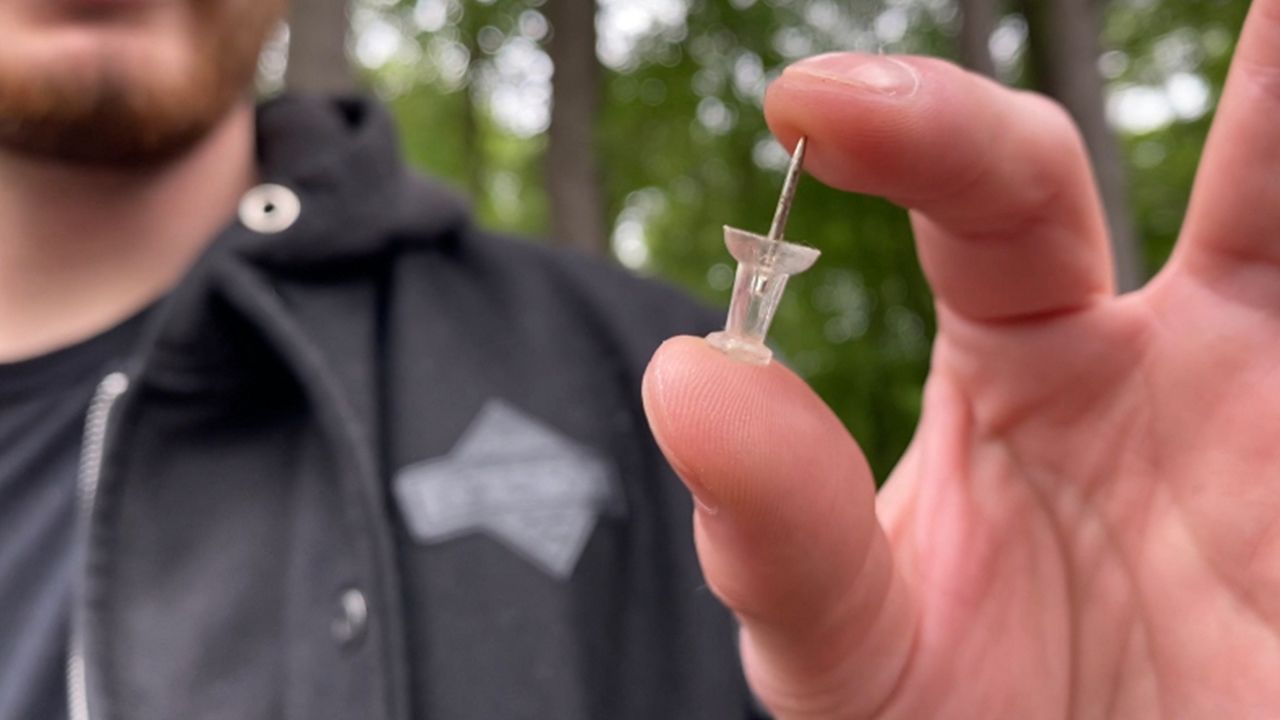 Getting an old Honda motorcycle up and running was not easy for Grafton Derryberry. In fact, he says, it took days of work.

“Probably a good 24 to 48 hours of just failing until that one little thing worked,” Derryberry said.

But a little elbow grease was nothing compared to how he purchased it. He bought the bike by trading a thumbtack – with the goal of completing a “trading challenge” until he can pay for a wedding venue. The catch is he can’t trade the items for any money, or offer money as part of the trade.

“I laughed at first. I thought I was going to get to a toaster oven and be done,” he said, laughing.

The thumbtack was traded for a hunting knife; later, he traded for an antique radio, a go-kart, and finally up to a motorcycle. It’s valued at nearly $3,000, according to Derryberry.

This idea first came from Grafton and his fiancée’s favorite TV show, “The Office.” But this isn’t the first time he’s doing something like this.

“That’s actually I how I purchased her wedding ring, too. I had a bike beforehand,” he said. “I figure you have to give up something you like for something you’re going to want further and better.”

Challenges such as this can be seen across the internet, catching major attention on TikTok.

“I’ve had people ask ‘will you take cash for the bike?’ I told them no, and they’re like, ‘well, your loss … I don’t have anything to trade, but I’ll give you money,’ ” he said.

However, he can fix the items and get them running, as he has with the motorcycle. Derryberry says his skill to work with his hands was put to good use while he served in the Army. It was also something he grew up doing alongside his father.

“My dad and I worked on cars growing up, so I have that knowledge. But each thing has a different challenge, so with every trade, it’s something new to learn,” Derryberry said.

His soon-to-be father in law, Brian Nichols, says he was excited to help his daughter’s fiancé do something so special.

“I geocache occasionally, which is an online treasure hunt thing. So while it wasn’t a crazy idea, I thought ‘that’s pretty cool,’ ” said Nichols.

While many of these challenges seen online will go until the person lands a house, Grafton has something much more sentimental in mind.

“It’s always hard, especially when you need money to pay for a wedding. But I figure the longer I wait, the more it’s going to mean,” he added.