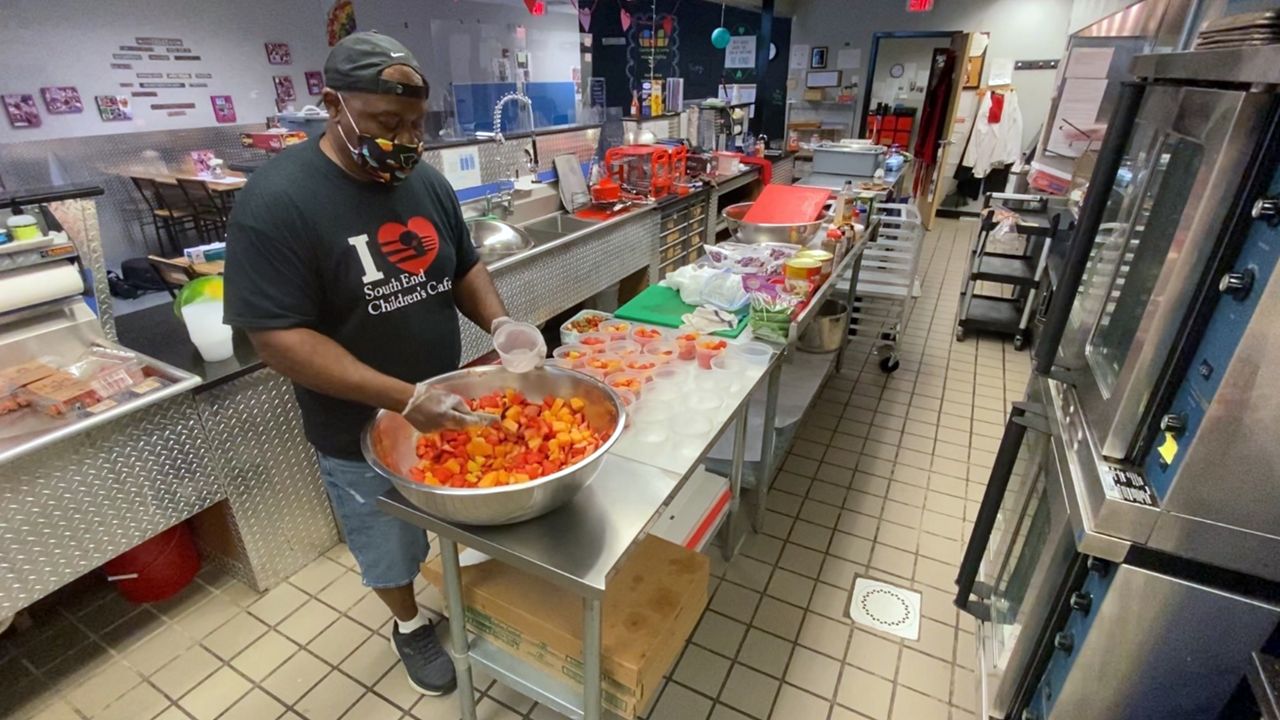 South End Children's Cafe volunteer goes above and beyond

The rise in food insecurity has been felt throughout the state. In Albany, the South End Children’s Cafe says it is helping more families than ever before.

The organization, which provides free meals for kids, says it served about 50,000 in its first five years. It more than doubled that during the first year of the COVID-19 pandemic.

George York, a longtime volunteer and board member, says he’s noticed the increase in need.

"People with big, fancy cars pull up and get food, and I’m quite sure they get it for a reason, because they need it,” says York.

York does a little bit of everything at the South End Children’s Cafe. He helps package meals, occasionally helps with maintenance, and serves as a role model for the kids. He’s there pretty much every day, helping as he can.

“Things pop up out of the blue sometimes and sometimes if nobody is here, I just fill in the void for them, you know? Somebody doesn’t show up, I’ll take their place,” says York.

Killar says York is instrumental in the cafe’s success, but it hasn’t always been easy. York was diagnosed with lung cancer two years ago.

Despite going through chemotherapy, he continued to volunteer, choosing to help others instead of sitting at home.

“I had a feeling that I had to do something, not just for me but for the other people, and I love it,” say York.

Those at the cafe say they’re a family.

“It’s a privilege to be able to be in life with George and to be on this journey with George, and it has been a journey, and he’s been here every step of the way,” says Killar.

“When I do come here, everyone gets together. We laugh. We joke. We have a great time, and that’s what I need in my life,” says York.