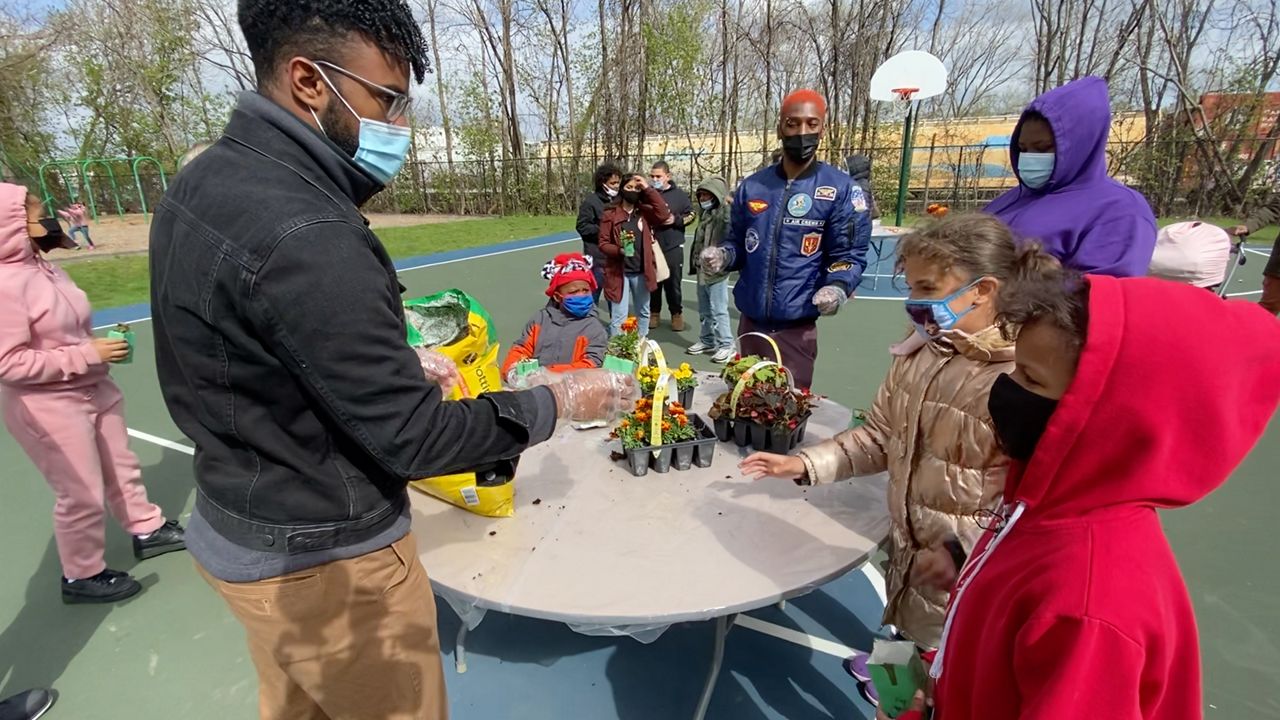 For 10-year-old Magdalena Boettner, there was no opportunity better than Earth Day to dust off her green thumb and plant a new flower.

Her twin sister Serenity says they’ve been learning all about plants and their impact on the environment at the Boys and Girls Clubs in Albany.

“It’s good to have flowers, because if you make flowers and other things, they grow and help the Earth so you can breathe and stuff,” Serenity said.

The Boys and Girls Clubs hosted the Earth Day event with the Albany Housing Authority outside the Ezra Prentice Homes, where eighth grader Janahvia Robinson and others helped clean up the neighboring playground.

“There’s not much trash down here because maintenance usually does it, but we’re just picking up things we find in the park,” Robinson said.

The 14-year-old says she is always more than happy to help out the environment.

“We live in the environment; we all contribute to the waste that’s going into the environment, so the least we can do is try to pick up what we can,” Robinson said.

“I think young people just want to get involved,” said Justin Reuter, CEO of the Boys and Girls Clubs of the Capital Area. “If you give them a task to do and show them why it’s important to do it, I think you’ll get their attention very quickly.”

To provide some extra encouragement to the young people who were hard at work, Alltown Fresh and its parent company, Global Partners, showed up with its mobile oven and made pizzas on site.

“I think it’s critical to be involved in the community,” Global Partners President and CEO Eric Slifka.

“I’ll be honest with you, man, giving back always feels good,” Alltown Fresh Vice President Josh Smith said as he pulled hot pizzas from the oven. “It’s why I do what I do.”

Each of the young people involved also seem to understand Earth Day is all about giving back.

“It’s just a small thing you can do to help the planet,” Robinson said.