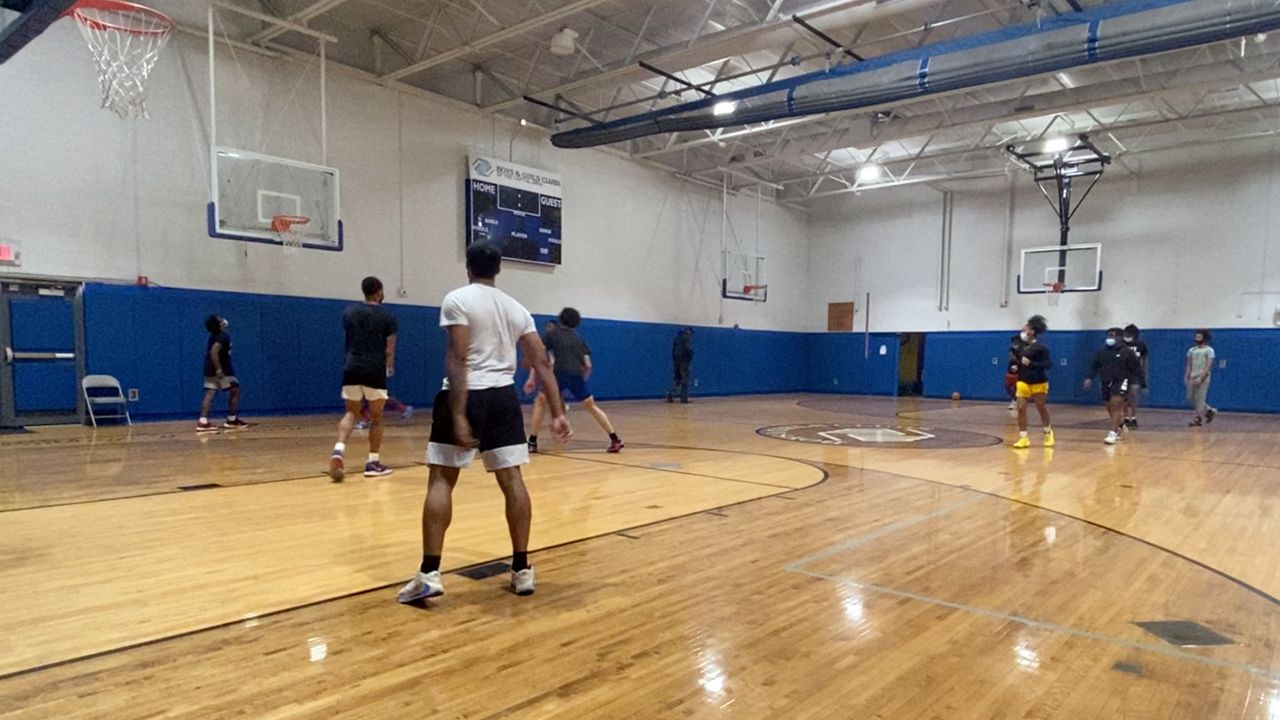 If you’re watching Henry Perkins and Umier Graham compete on the basketball court, then you are seeing two young men do what each says they love most.

“I’m getting the strength in my legs up, my hops,” the younger Graham says after blocking Perkins’ shot on a drive to the hoop. “My ability to block somebody during the game, it’s giving me a good feeling.”

“It’s just that feeling, that sensation like I can’t be stopped,” said Perkins, who at 6-foot-7, is typically the biggest player on the court.

Perkins, a sophomore at Albany High School, and Graham, an eighth grader, play most of their games on the court at the Boys and Girls Clubs of the Greater Capital Area.

“Really, it’s just to get out of the house and do something while COVID is going on,” Perkins said. “Lately, it’s been fun to be here a lot.”

In late February, The Boys and Girls Clubs was finally able to reopen the doors to its popular Teen Night, which had been on hold since the start of the COVID-19 pandemic. Graham says that left everyone with no indoor gym to play at for nearly a year.

“I missed it a lot to the point where I was working out in my house, dribbling the ball, stuff like that,” he said.

Basketball is certainly the most popular draw, but the program also offers food, music, a lounge and game room where 17-year-old Brandon Cataldo likes to hang out.

“Oh yeah, definitely, it was the best thing ever when I learned they were opening up again,” said Cataldo, a senior at AHS. “It was pretty hard, if I’m being honest. it really was because I’m a really social person and I love talking to people, and this whole pandemic took a toll.”

Gordon, who runs the event in partnership with Albany Police and SEFCU, says it was important to open the doors again to keep kids out of potential trouble.

While they’re mostly excited to be back on the court, Henry and Umier both say they’re grateful to have a safe space to hang out with friends.

“If it wasn’t for this, I don’t know where I’d be right now,” Perkins said.

“It definitely keeps us young kids off the streets,” Graham said. “It gives us up-and-coming kids a better life for the new generation.”

Teen Night is held every other Friday evening at the Boys and Girls Clubs’ facility on Delaware Avenue. The next event is scheduled for Friday, April 16.