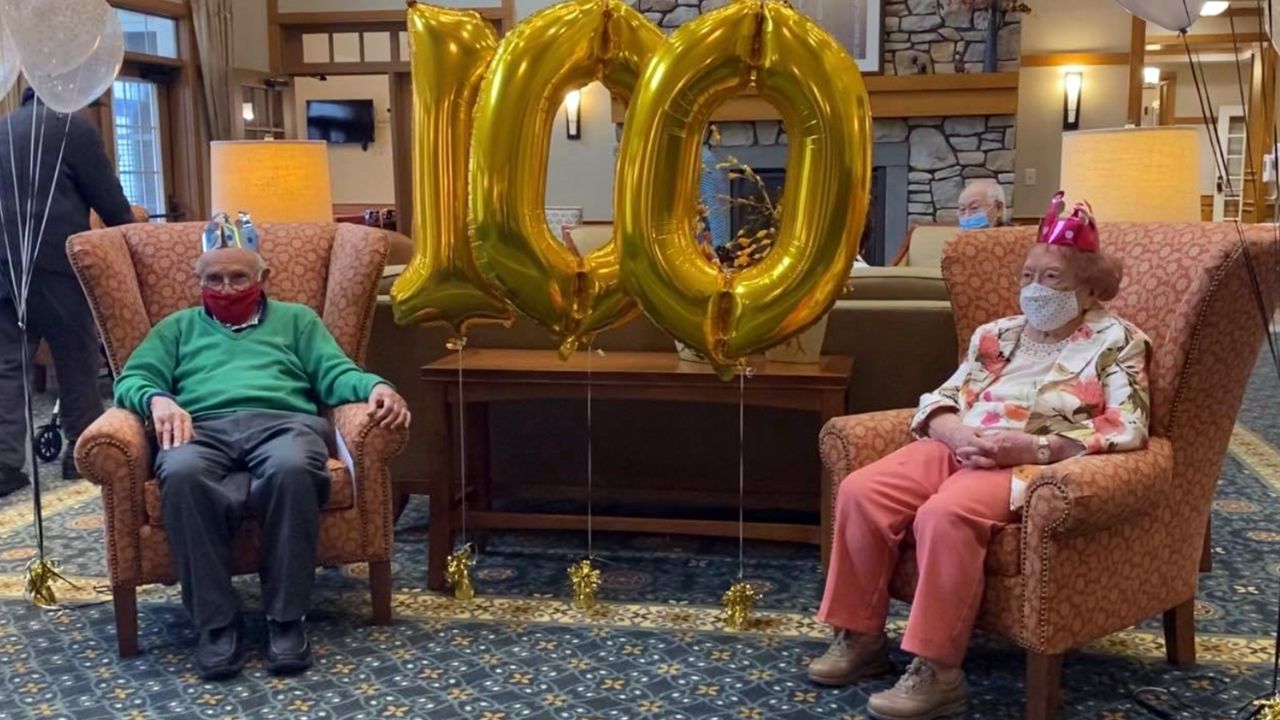 Understandably, Esther Roche says she never expected to celebrate her 100th birthday during a pandemic.

"No, I didn't," says Roche with a laugh. "And it's kind of difficult, difficult to do what you'd like to do."

Roche grew up in Troy and lived there for 82 years before moving to Loudonville and eventually Shaker Pointe. She's one of two Shaker Pointe residents who turned 100 this year.

Tony D'Ottavio celebrated his birthday with little fanfare in March, just as lockdowns began. A native Italian and longtime resident of Pennsylvania, D'Ottavio moved into Shaker Pointe last year, at the age of 99.

Despite the difficult circumstances, Shaker Pointe was able to celebrate the two residents this week.

It may not have been the lavish affair their families originally had in mind, but residents and staff at the active living facility celebrated at a "grab and go" birthday party. Roche and D'Ottavio were welcomed by residents in the Great Room, who each got a cupcake and drink to enjoy elsewhere.

"It's rather exciting," says Roche. "Everybody has been very nice to me."

Beyond the birthdays, Shaker Pointe says it has made changes to keep residents safe. They're among the highest at risk, meaning masks are always worn and social distancing is enforced.

"The staff and the residents, all of us, have been working together to follow all of the protocols that are being asked of us," says Sister Lauren VanDermark, a member of the executive team.

Activity sizes and dining options have also been limited, much like the grab-and-go cupcakes. Some of the facility's fitness classes have moved online. But staff says they are continuing to keep residents moving, and celebrating, as much as possible.

"All of us need to be active and engaged for life and we live until we die, so it's a way to keep going," says Sister Kay Ryan, another member of the executive team.

That's something that been appreciated by the residents, including Roche.

"Oh, it's just wonderful to have the residents come, and I thank everybody for coming and I thank all the staff here. It's a wonderful place to be," says Roche.