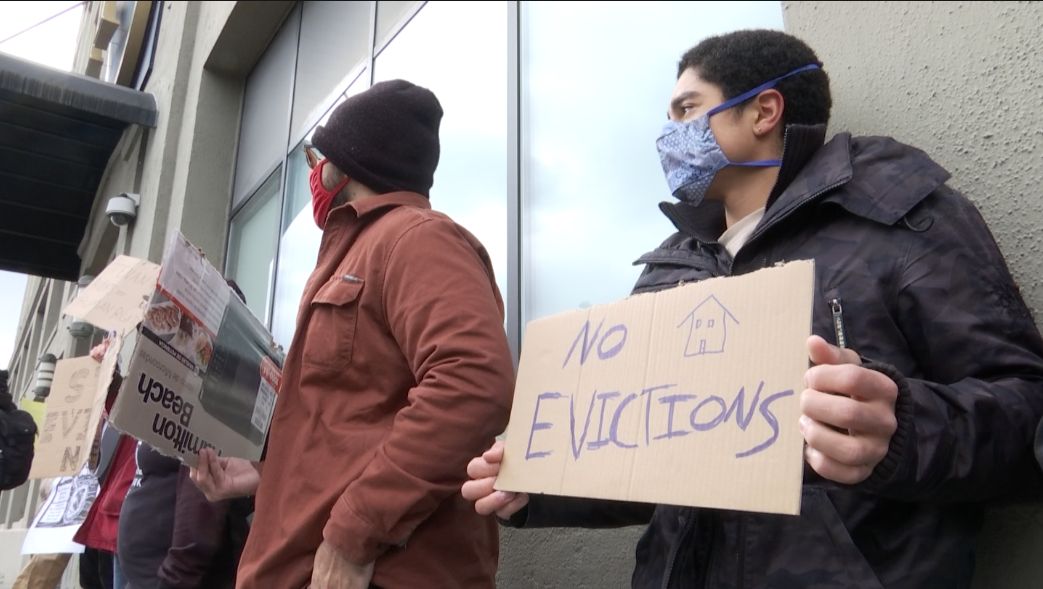 Advocates Rally For More Protections For Renters as Pandemic Continues

"These marshalls are the ones who are really tearing families out of their homes when it comes time to eviction," said Luke Grandis, a statewide organizer for Vocal New York.

Organizers from Vocal New York and Citizen Action said, since the beginning of October, evictions have been happening across the Collar City and New York state because certain protections for families facing financial hardship during the pandemic expired.

"It’s a huge problem. There’s $2 billion owed in this state of back rent, impacting 1.5 million tenant households," Garrard said. "In the absence of state legislation providing a solution to this, there will be a housing crisis of epic proportions."

The group is calling for a moratorium on evictions to last for at least a year. Governor Andrew Cuomo’s office recently extended the Tenant Safe Harbor Act through January 1, however, the protestors believe that doesn’t go far enough.

"It only applies to people who have been directly impacted by COVID-19 and who can prove it with documentation," Grandis said. "Even they’re not guaranteed to be able to get out of their eviction."

"Performance art by the advocacy industrial complex doesn't change facts, which are: We were one of the first states in the nation to put an eviction moratorium in place to ensure those impacted by the pandemic are not put out on the street and, as it was later codified by the legislature, it will be in place throughout this public health crisis," Azzopardi said.

The advocates are also calling on Congress to pass the Rent and Mortgage Cancellation Act, which would eliminate the obligations of renters and mortgagors until the pandemic is over, while also providing financial relief to landlords.

"This does not mean landlords are suddenly going to lose their businesses and that we’re going to see small landlords suffer," Grandis said.

With cold weather already here, and the number of COVID-19 cases rising, the protestors believe passage of all of these protections is extremely urgent.

"People are going to be living on the streets facing a harsh, brutal winter," Grandis said. "Before a pandemic it’s a crisis on so many levels. During a pandemic it can literally be a death sentence."