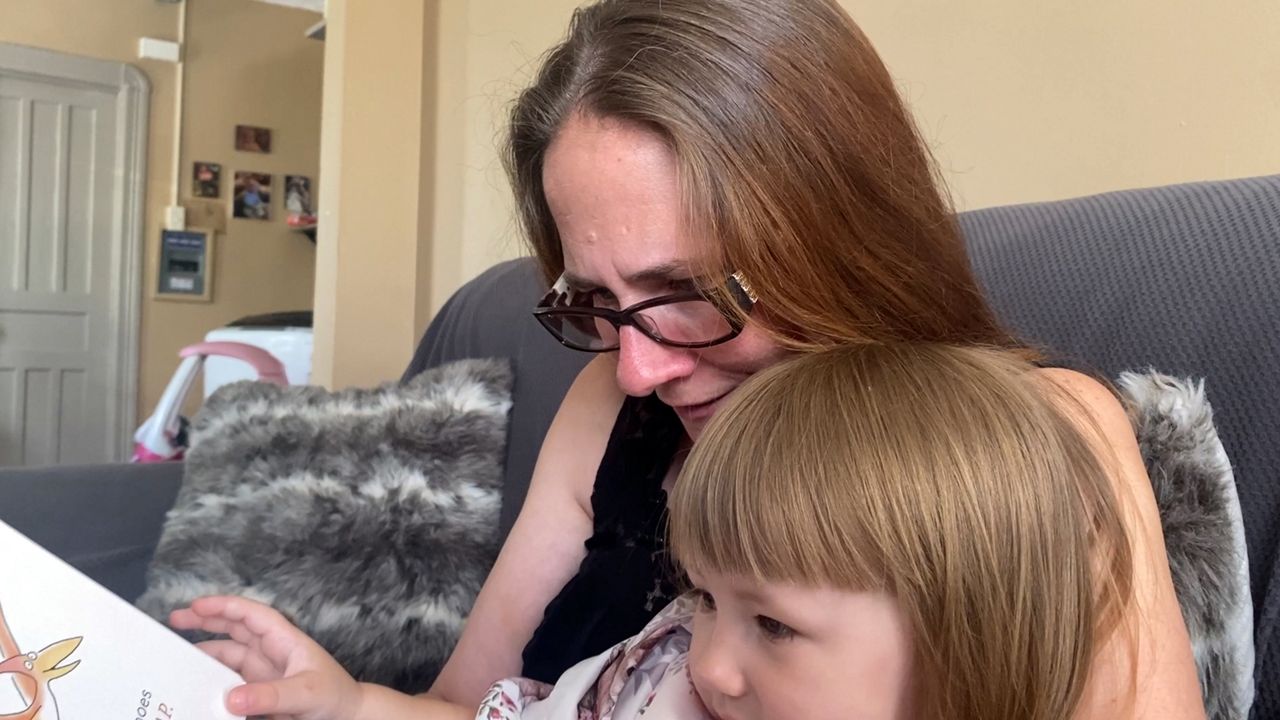 Jennifer Pannone has her hands full with her two-year-old daughter Victoria. And though they have found their daily flow, she had a rocky start in raising her baby girl.

“My first thought was ‘I’m about to have a baby and she’s never going to know who her father was,’ ” said Pannone.

She struggled with depression during and post-pregnancy and was unable to find mental help resources.

“Nobody was taking new clients, everything was virtual; it was the worst time that I think I’ve ever gone through,” said Pannone.

However, things started to turn around when HealthySteps stepped in.

Currently, HealthySteps operates in more than 200 sites across 26 states. The national program recently received state and private funding. This investment will more than double HealthySteps’ reach from more 350,000 children ages 0 to 3 to approximately 715,000 per year.

Bernadette McDaniel, a HealthySteps specialist at Ellis Medicine, provides an added layer, supporting the child and caregiver, too.

“She now has this new family, no support. She does not know what to do. We start to talk about the program and what we can do to help her,” McDaniel said.

McDaniel became a lifeline for Pannone, bringing diapers, food, transportation and housing through Healthy Steps. Most importantly, Pannone had the mental health resources she had been searching for.

“I felt like I was a brand new parent all over again, because the difference between Victoria and my next oldest was 15 years. And so much has changed, and this time around I was taking care of her in the middle of COVID,” said Pannone.

“The success of the program is that five years later, we have been able to remove all those roadblocks that would usually keep the family stuck,” said McDaniel.

Now Pannone is helping other mothers to let them know that they are not alone. She sits on the parent advisory board for Healthy Steps. And says without the program, her life would look a lot different.

With a support system, Pannone can focus on what matters most.

“I hope she grows up healthy, independent, successful and a very loving soul,” she said of Victoria.