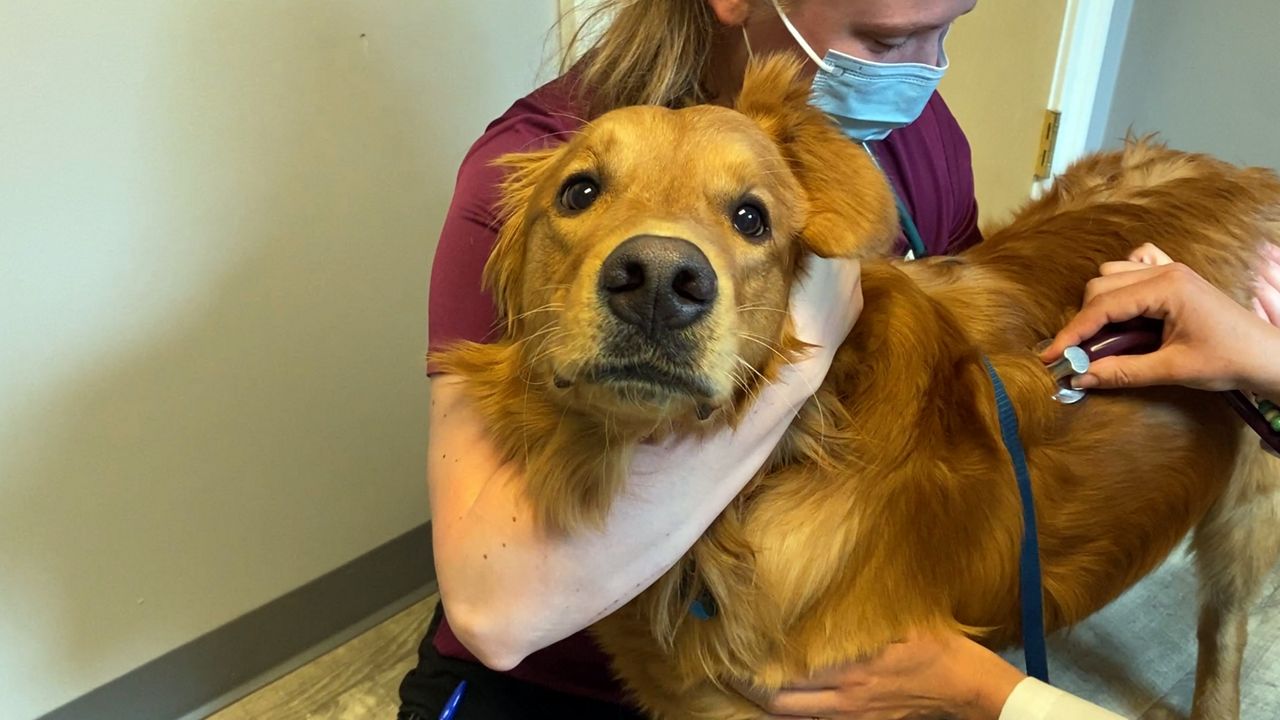 As incidents rise, what to do if your pet ingests marijuana

Dr. Ashley Serfis sees dozens of pets a week at the Greenfield Animal Hospital. And while most energetic pups are high off of life, Serfis has seen more and more pets that are actually high.

According to research by PLOS One, the legalization of marijuana has led to an increase of pets getting their paws on pot resulting in cannabis-induced toxicosis.

Serfis used to see THC-related cases a couple of times a year, but recently that’s changed.

“Since edibles have become more common, we have seen cases a lot more frequently, at least a few times a month,” said Serfis.

If you're worried your pup snuck into your stash, she said there's several signs pet owners should look out for, like dilated pupils.

“Lethargy, incoordination or being wobbly on their feet; marijuana toxicity can also have urine dribbling,” said Serfis.

And try to keep your pet on a tight leash: Serfis said dogs are sniffing out marijuana that is left behind in parks.

“They just kind of look really out of it. There’s also a characteristic startle reflex. So they are kind of nodding out and then jolt awake,” she said.

The effects can last a couple of hours, but in some cases, can last up to three days.

Serfis recommends calling your vet right away. Some dogs will need IV fluids to maintain their blood pressure, while others may just need time for the drug to wear off. But treatment varies from dog to dog.

“If the ingestion was recent, we can make them vomit. If they are really lethargic and out of it and sedated or even unconscious, then making them vomit isn’t safe. We’ll give them activated charcoal,” said Serfis.

And one of the most important notes that the doctor has is don’t be afraid to tell your vet.

“We have to know why your dog is acting weird. We’re not going to get you in trouble. But it’s important for us to know what they ate so we know how to appropriately treat them,” said Serfis.