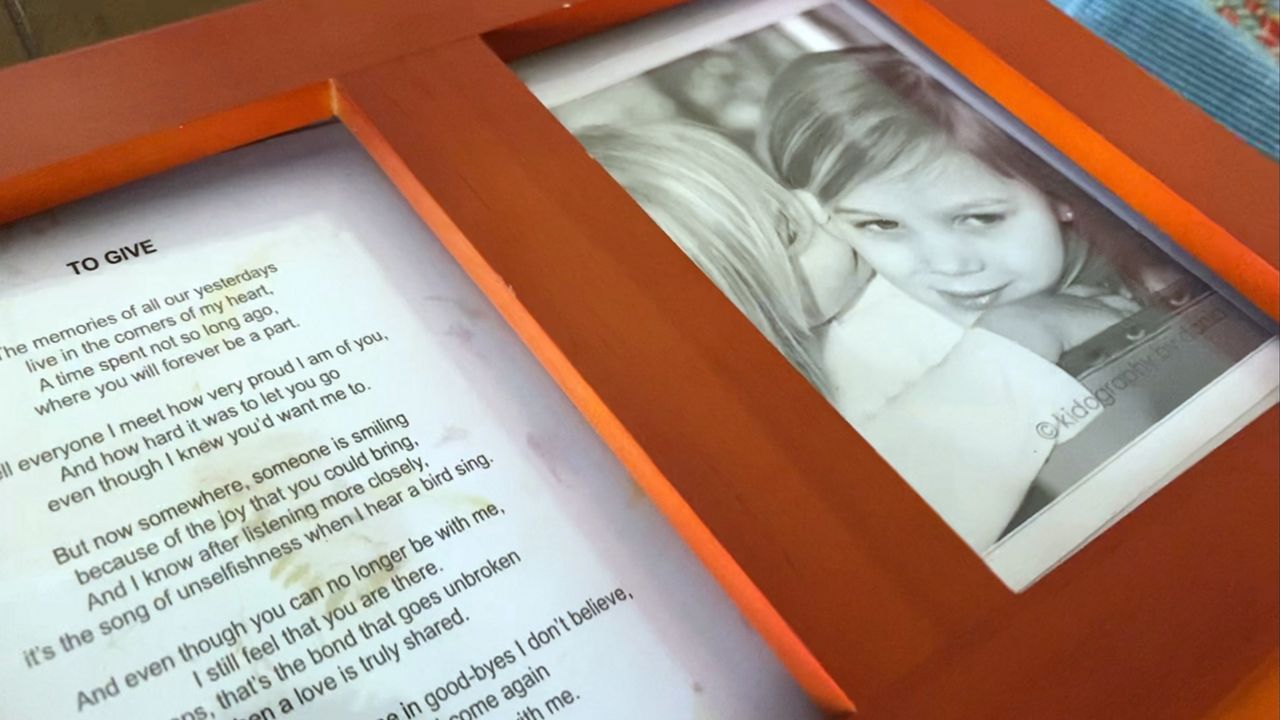 Erin Musto’s daughter, Madeline, was just five years old when she was diagnosed with an inoperable brain stem tumor in 2012.

“There was, hopefully, a nine-month survival rate to this cancer, and that’s the news we received in the moment,” Musto said.

That nine-month timetable would be cut short to just five days, and Erin says dreams of major milestones began to fade.

Although she was only five, Erin says Madeline was one of the most compassionate children you would ever meet. She put the needs of others before her own. And that’s why Erin knew the greatest gift she could give her daughter was a new opportunity for someone else.

“They were keeping us well-informed and we knew these were Madeline’s last moments, and I just remember asking if she could be a donor,” Musto said.

Erin was able to donate Madeline’s tissue, corneas and heart valves to a number of recipients. But her donation journey didn’t end that day.

Erin returned to The Center of Donation and Transplant 10 years later, but this time in a new role. Erin is now the family coordinator for CDT, working with both donors and recipients.

“It felt like she kind of brought me here, and joining … as a staff member, it’s kind of been my dream,” Musto said.

With each recipient awaiting donation, she shares the sentiment of living to honor those lost.

“When you receive that, just live your best life now. Live it well, for your donor and their family,” Musto said. “Whether you reach out to them or thank them, just live life really well.”