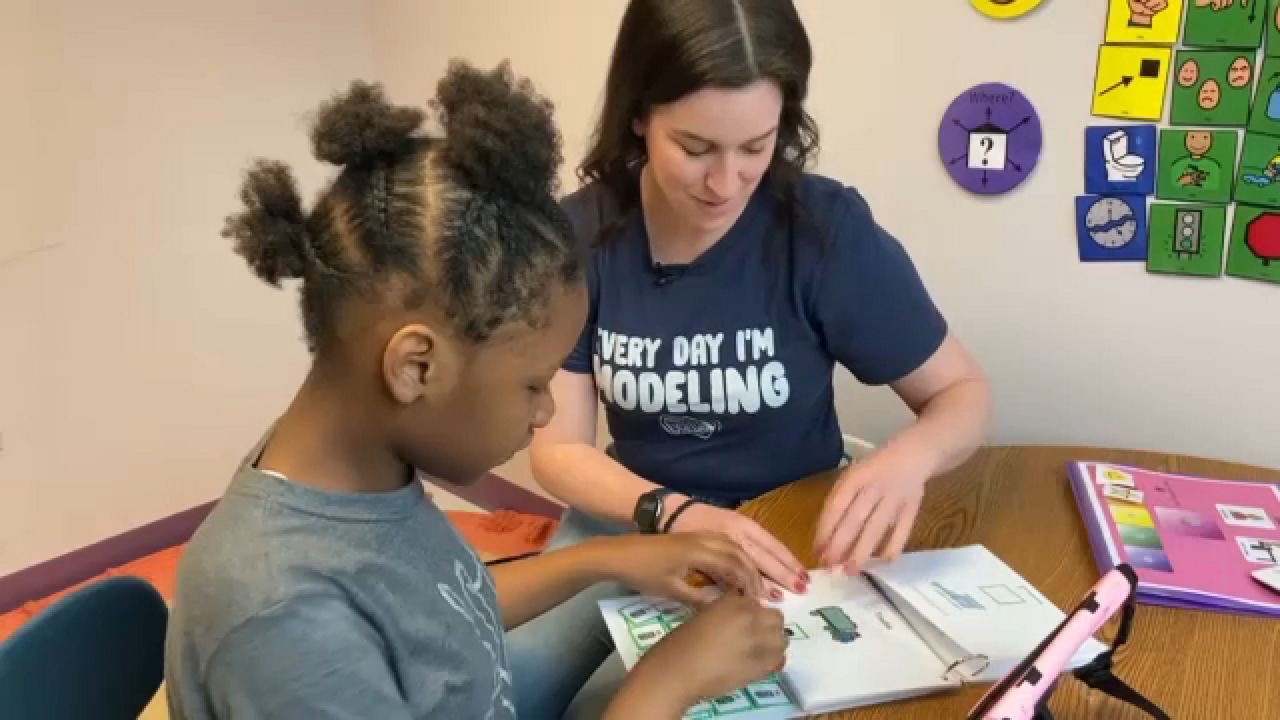 A different look at speech therapy for those on autism spectrum

The words we use to communicate hold power.

For people on the autism spectrum, sometimes communicating isn’t so easy.

Eisah, a student at the Wildwood School, uses her speech generating device to let Kelsey know what she wants.

But there are a lot of other ways nonverbal children can communicate.

“When you’re starting to work with somebody who is nonverbal, who doesn’t have any form of communication, you’re going to try to find what works for them,” Govel said. “So whether that’s an AAC [speech generating] device that makes speech generation, we have visuals everywhere, as you can see.

“Some other kids will use gestures; it’s just about finding what works for the kid and then building on that.”

Instead of autism awareness, Kelsey likes to call it autism acceptance.

“Just because they are not communicating in the way that you expect that is viewed as neurotypical in this world that does not mean they don’t have something to say,” Govel said.