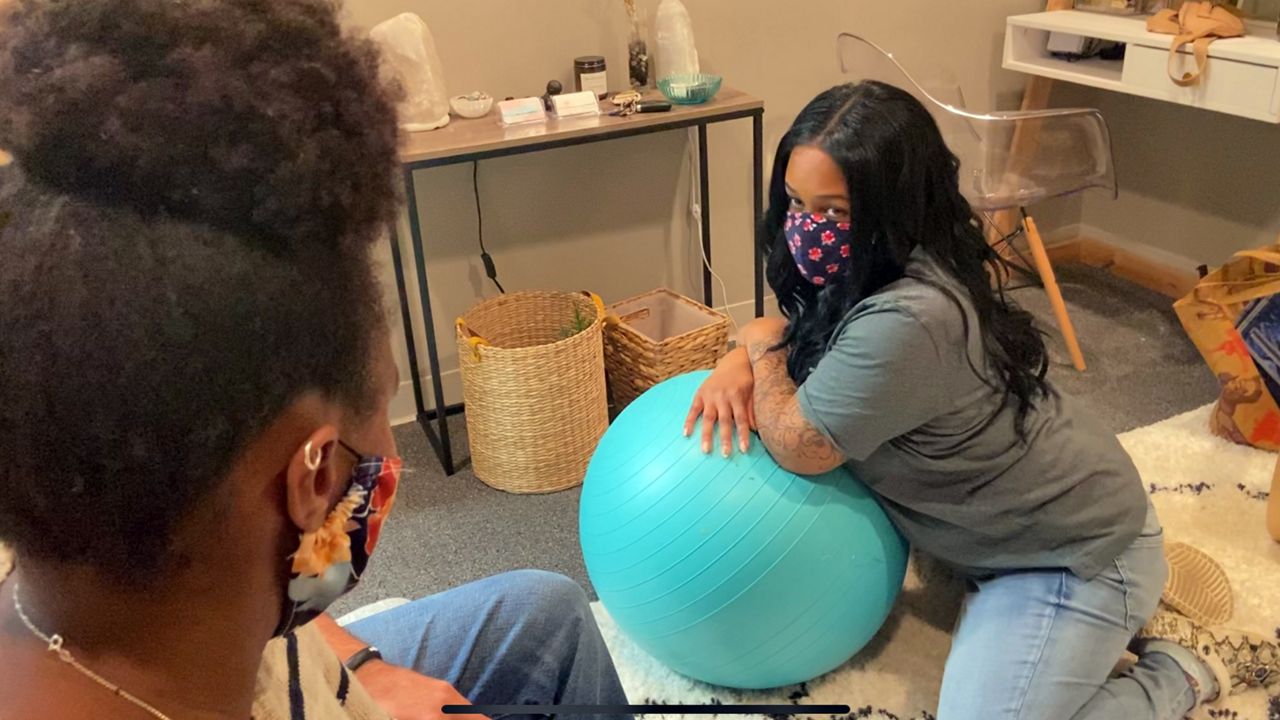 “I’m really proud of the kids that they’re becoming. They’re really polite and gentle and it just reminds me of my own childhood with my grandmother and my mother,” says Moore, a registered nurse, doula, international board certified lactation consultant and owner of A Little Bit of Milk.

Almost 20 years ago, Moore had a miscarriage after going into labor with her first child.

“The doctors just wouldn’t listen to me, and I had a lot of symptoms that were alarming in the beginning, and I just kept getting told that ‘it’s all in your mind, this is your first pregnancy, you’re fine,’ ” Moore said.

Moore says racism during pregnancy is common, and it almost took her life.

“It was really traumatic, it was really scary and I almost lost my life because I was hemorrhaging so bad I had to have surgery,” Moore said.

According to Birthnet, a birth advocacy organization, there are a little more than 15 pregnancy related deaths per 100,000 live births for white women in New York, compared to around 54 deaths for black women.

After her first pregnancy experience, Moore became a registered nurse. She later got certified as a doula and started her own lactation business, all in an effort to help other women know that someone is there with them listening to their fears, no matter their race.

“I think every family should have a birthing class so you know what to advocate for. That’s very key. Having back up, a doula, is very important; they teach you how to advocate for yourself,” Moore said.

If you feel you’re being treated with prejudice, she said, you can switch providers, even in the third trimester.

“It’s really important if you feel like there’s racism happening or you’re not feeling comfortable, or you feel ignored – because I feel like that’s the number-one thing women of color experience, is being ignored for their symptoms for what’s going on – you have the right; you need to leave,” Moore said.

Moore said she won’t stay silent about her story and about systemic racism in the medical field, with a hope that future pregnant women of color won’t become part of a statistic.