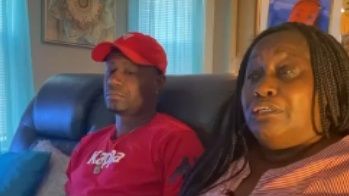 Albany police are investigating a suspicious death from last week as the city's fifth homicide of 2022.

In an interview on Tuesday night, her mother, Jackie Powell, said she made the initial 911 call after not hearing from Hemingway-Powell, and is desperately seeking answers.

“I wake up every morning crying, like, 'who took my baby away from me? Why would you do that? Oh God, why? '” she said.

Hemingway-Powell was a recent graduate of the University at Albany and member of the LGBTQIA+ community.

The group In Our Own Voices, which supports trans causes, has committed $1,000 for information leading to the arrest for the person responsible for her death.

Police did not release additional details in the case on Tuesday, but those with information are asked to call Albany Police at 518-462-8039.

You can also submit an anonymous tip through Capital Region Crime Stoppers.