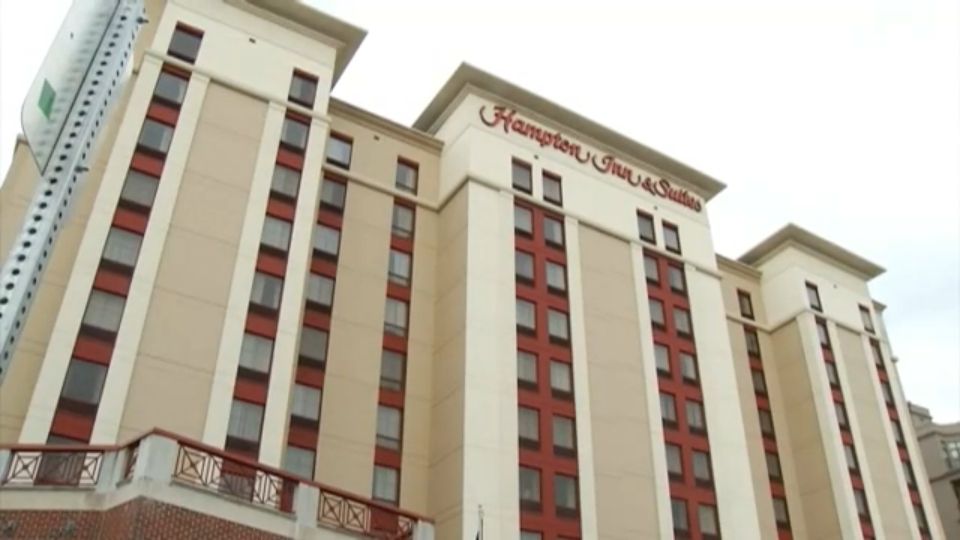 The Hampton Inn and Suites in downtown Albany.

A Chicago woman claims an employee at the Hampton Inn and Suites in downtown Albany, filmed her in the shower back in 2015 and attempted to blackmail her with the video. She now tells ABC's "Good Morning America" she is suing Hilton Worldwide for $100 million.

In the lawsuit obtained by Spectrum News, the anonymous woman says she was not made aware of the video until September 2018, when it was uploaded to a pornographic website and someone emailed her the link. The alleged victim said she received another email from the same address threatening to expose the video, her name, and employer, unless she sent nude footage of herself to that person.

According to the lawsuit, the situation escalated when the person sent the video to the woman's colleagues, and threatened to distribute it to even more people when she refused to pay the extortionist thousands of dollars.

Here are separate statements from both Hampton Inn, followed by parent company Hilton:

"We were shocked and stunned to learn of the allegations raised in the complaint we received earlier this evening.  The safety and security of our guests is our highest priority, and we emphatically do not condone any form of this type of invasion of privacy. Thus far, no evidence of any kind has been found during our initial review of the situation. Recently, the hotel underwent a complete renovation. During that process, no recording devices of any kind were uncovered. We will continue to work with the authorities to discover the perpetrator and see that s/he is held accountable."

“On Monday, December 3, we were alerted by ABC News to details of an alleged incident at the Hampton Inn and Suites Albany-Downtown in 2015. We take the safety and well-being of our guests incredibly seriously, and find the details included in the civil filing distressing. We commit to supporting the independent ownership and management of the property as they investigate, respond, and cooperate with any law enforcement investigations.”

The woman's attorney has not identified the suspect yet, but the attorney said they are suing the hotel because the suspect was able to obtain the woman's name and other personal information provided to Hampton Inn. The lawsuit claims there is also reason to believe the room was used "repeatedly to film people over an extended period of time," as stated in the lawsuit.

The woman has filed a lawsuit seeking $100 million from Hilton Worldwide. She alleges an employee filmed her in her Hampton Inn bathroom and used the video to blackmail her. Statements from Hilton and Hampton Inn respectively. pic.twitter.com/jQTVjILuQl