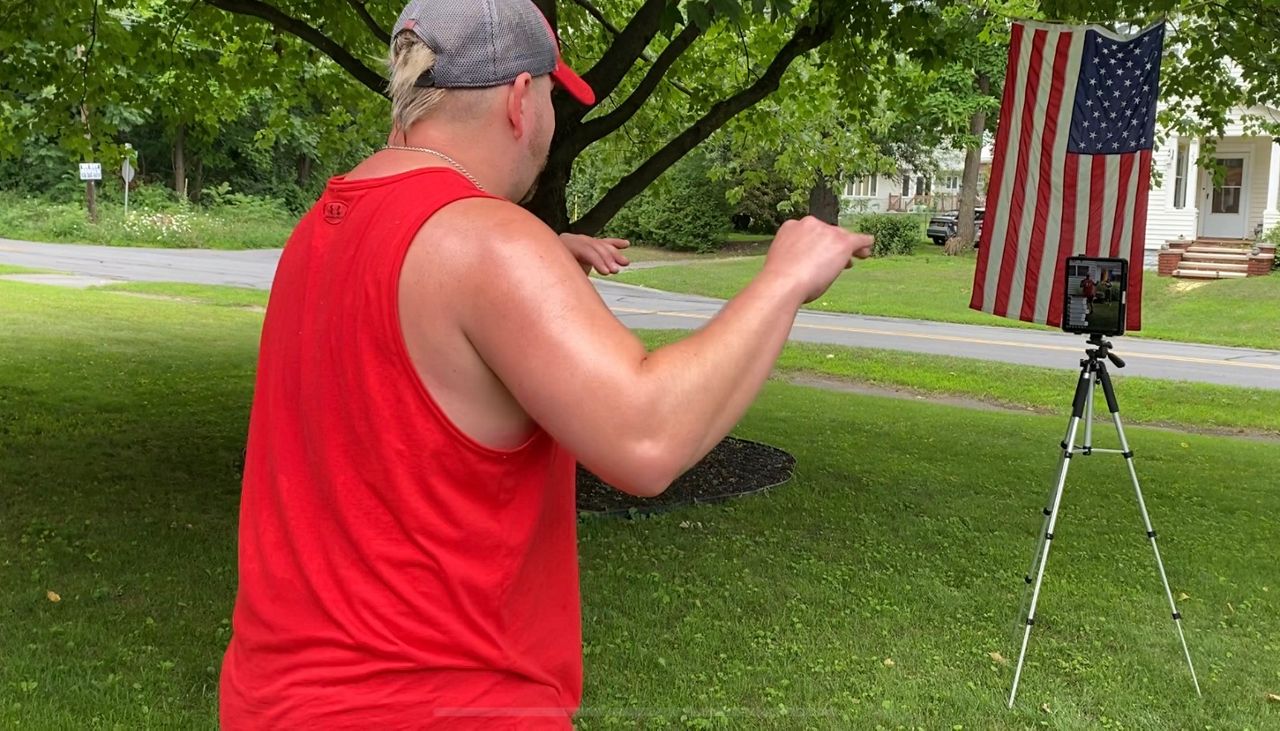 No Gym? No Problem for This Local Zumba Teacher

We still don’t know exactly when gyms may reopen from the COVID-19 pandemic. As we are nearing the five-month point, gyms are still indefinitely closed across the state of New York.

But as they remain closed, it’s a party outside the home of Jason Halse-Fitzpatrick. The music is turned up so loud, he says sometimes his neighbors join in on the fun.

He’s known as “Zumba Jay” in the Capital Region, and he teaches the dance-based fitness classes at a number of gyms throughout the area. He’s been pumping energy into his participants for the past nine years.

But the shutdown has hit gym instructors hard.

“It was my late night class. I was told by a couple people saying, ‘I’m gonna miss you,’ so I said, ‘Miss me? Why?’ And they said ‘the gyms are going to be closed until further notice.’ I was devastated,” said Halse-Fitzpatrick.

He hasn’t been able to teach inside the gym for nearly five months because of the pandemic. Gyms were slated to reopen in Phase 4, but that has been pushed back indefinitely.

Gyms are closed indefinitely here in #NY... which means times haven’t been easy for fitness instructors. But ‘Zumba Jay’ is known for his workouts in the Capital Region, and he’s not letting the shutdown stop him. Instead he’s broadcasting his classes online @SPECNewsAlbany pic.twitter.com/JSPsXvhu1Q

“I am a very outgoing person. I like to keep moving, so to be stuck at home and not be able to do much, it put a damper for a bit,” Halse-Fitzpatrick said.

So instead, his front yard has become his Zumba studio. He turns up the music and continues his coveted high-energy classes online, without missing a step. He broadcasts both Zumba and a weights class live on Facebook multiple times a week. He also has YouTube videos, accessible any time of day.

The live classes are available at no cost or just a donation, says Halse-Fitzpatrick, as many gym employees, have been without their usual income. However, he says it’s free, because other people are going through harder times.

“Especially with the crazy time we’re in – a lot of people don’t have the funding or any type of income – this is their opportunity to get something fun, a good workout, and something to look forward to with the classes that I teach,” said the instructor.

He says it’s about much more than keeping off that quarantine weight, but instead promoting health inside and out.

“We do this for these people just so we can promote happiness, health, and positivity,” Halse-Fitzpatrick added.

Through his videos, he created a following, while keeping a connection with those he used to see almost every day, not letting the pandemic, or a closed gym from stopping the beat.

“Gyms are important, but the connection with our members and participants are even more important,” Halse-Fitzpatrick said.

He plans to continue the virtual classes even if the gyms open, as some people may still not feel comfortable attending the gym. Halse-Fitzpatrick’s videos can be found on Facebook.