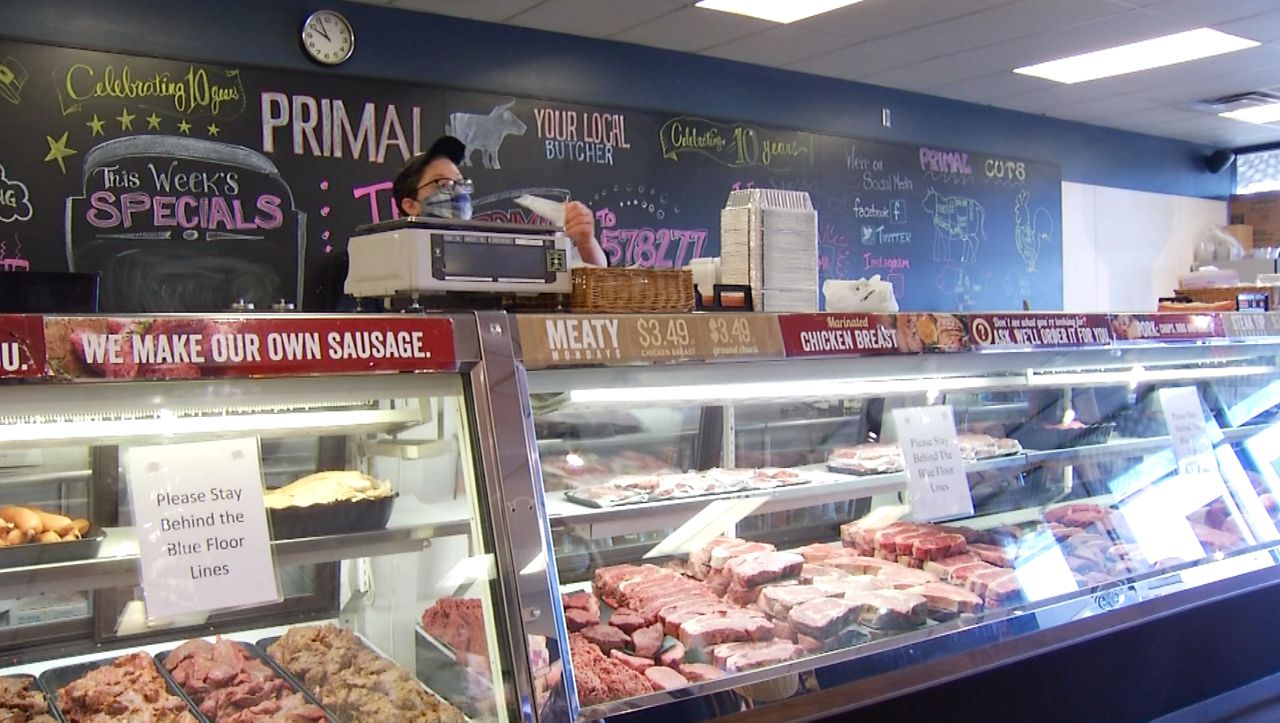 Meat production across the country has been impacted by the coronavirus and the effects are being noticed in and around the Capital Region.

“You’re seeing it across the board which has never happened before,” said Primal Director of Operations Tim Howland.

As the pandemic continues to wreak havoc around the world, meat packing plants are shutting down due to illness.

“It creates an hourglass effect,” he said. “Farmers have product. People want the product, but in the middle, you have the packers.”

Howland says the closures have led to fluctuating prices.

“You’ll start to see less of a variety,” he said. “You’re not going to see anything run out entirely, but you’ll see a less variety of what you’ll get.”

Some larger grocery store chains and big box stores are resorting to limits on how much meat a person can purchase at once.

At Market 32, shoppers are only allowed one package of the store’s advertised specials, but there is an ample supply. There are no restrictions at Hannaford, but there may be changes in the variety customers are accustomed to seeing on the shelves.

“Processing is at 70-80 percent across the country; shoppers’ behavior is at about 120- 125 percent,” said Food Industry Alliance of New York President Mike Durant.

Durant says this is just another impact the virus is having on consumer behavior, which the organization and its members will monitor closely in the coming weeks.

“Are people more apt to go to the grocery store or order online?” said Durant. “Does that change how much they purchase or how regularly they shop?”

In the meantime, Howland is urging people not to start hoarding meat.

“If you do go out and panic buy and that happens widespread, what will happen is you’ll see shortages faster,” he said.

Howland and Durant say it’s hard to predict when the so-called meat shortage will end, but believe it’ll likely be about a month or as the plants look to slowly reopen.