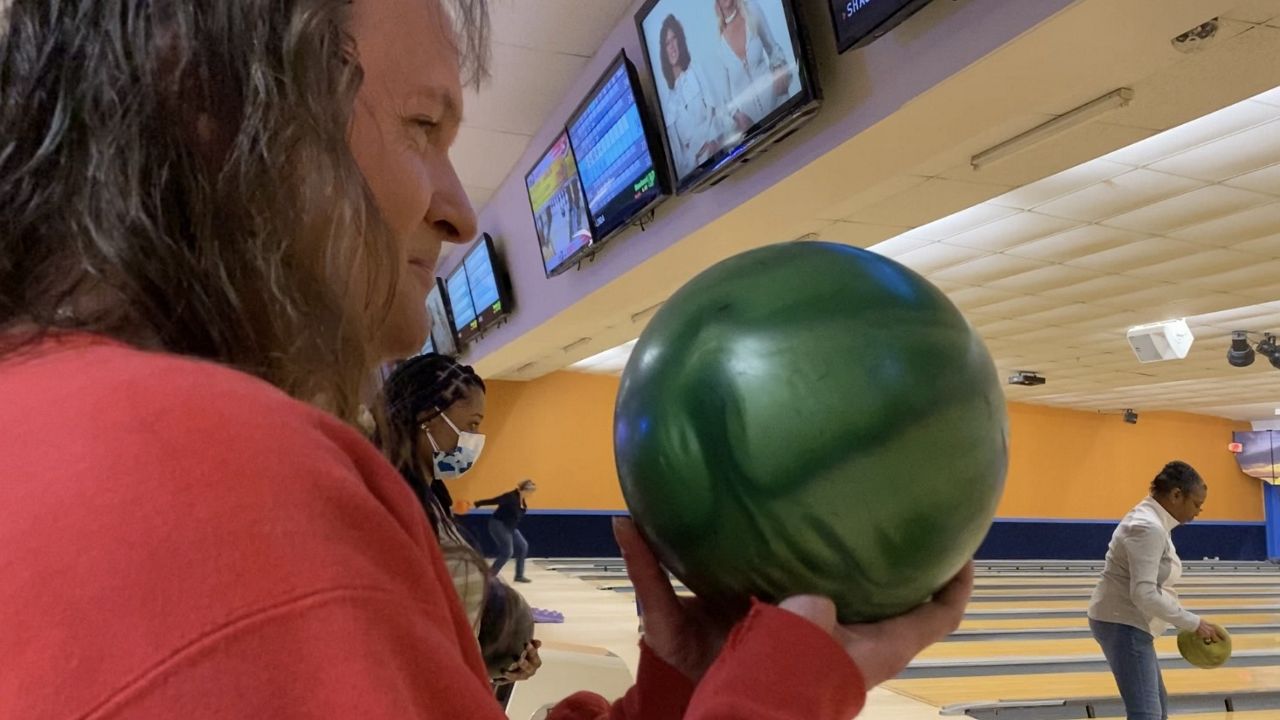 What better way to raise money, then to bowl?

Filling up the entire alley at spare time, the Albany Damien Center hosted one of their most interactive fundraisers of the year Sunday.

“Someone mentioned bowling and I said let’s do it,” Executive Director at the Damien Center Peter Junjulas said. “This is now our 11th year of doing Bowling for PAWS.”

The event brought out crowds of bowlers who were ready to knock down the pins while also raising money.

The money goes towards their PAWS program which serves people with HIV/AIDS that might struggle to cover expenses or care for their beloved pets during treatment and beyond.

One of those individuals, Ashley T. Miller, says without the help, she doesn’t know what she would have been able to do for her two cats.

“There’s been times where I’ve been in the hospital for three-to-four months, going back and forth every day,” Miller said. “And it’s like, do I keep myself alive or do I get pet food?”

But thanks to PAWS, Miller doesn’t have to make that decision.

She says her cats are her world, and Miller says for anyone with HIV/AIDS, having the companionship of an animal is irreplaceable.

“When you have a pet that you have to wake up and take care of every day, it gives a lot of clients other than myself, it gives them a reason of hope,” Miller said.

Gathering her shoes and picking out a bowling ball, this event also gave Miller a great opportunity to strike up conversation, including with the family she shared a lane with.

“Being able to spend the time bowling, and speak to members that you’ve only been able to speak to over the phone, it’s good,” Akeem Tyrell said.

While Miller didn’t match her personal record of 235 on Sunday, she says it’s all about the fun today, and potentially ending the stigma that still stands around HIV/AIDS.

“A lot of times people will feel like, does someone know I have AIDS, or afraid to talk about it,” Miller said. “Here, you can look at someone and say, my medication is making me nauseous or I don’t feel well, can I sit this frame out? And nobody will judge.”