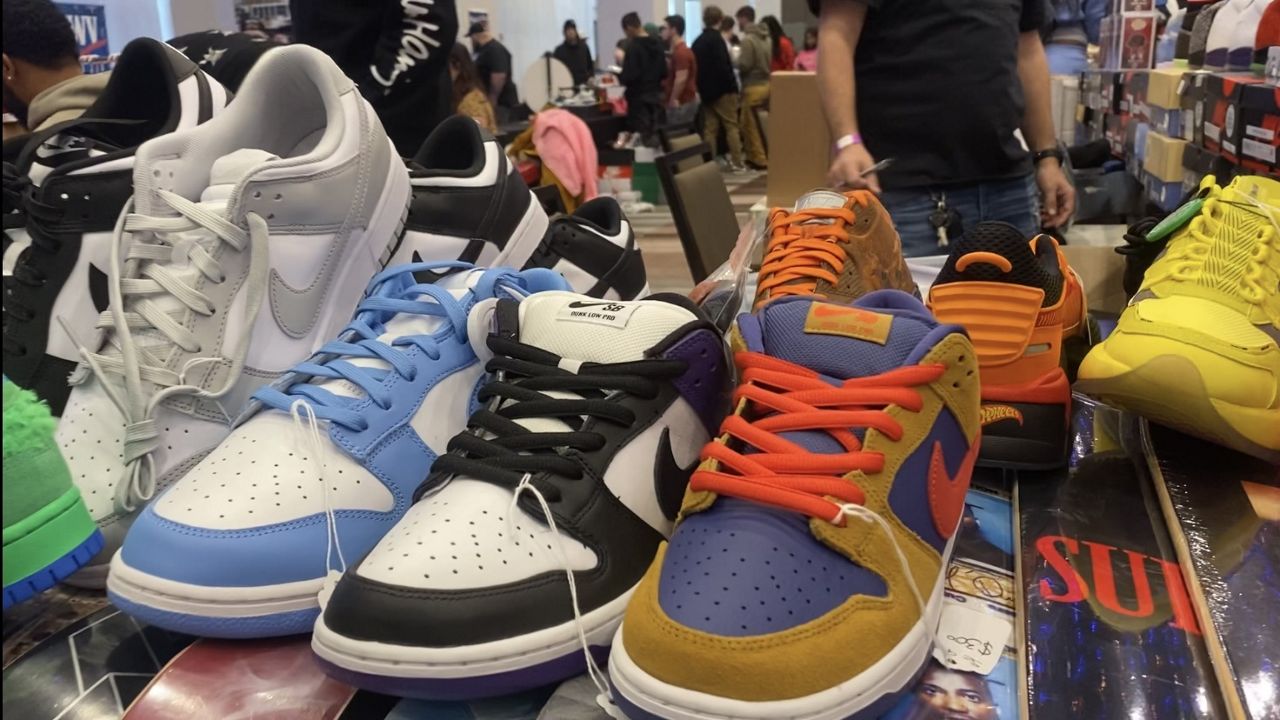 A lot of merchandise and money traded hands Saturday at the Albany Capital Center.

“I’d say, everything going on today, probably one, one and a half million in sells just to start,” House of Kicks events and operations executive Joey Fambrini said.

It all started with a few University at Albany students and some foldout tables from Walmart. A few years later, that dream has turned into a packed convention center with more than 40 different booths.

"It feels amazing,” Fambrini said. “We just want to bring people together, and help people and their businesses grow, and grow this community.”

Along with finding some new pieces for his collection, Fambrini is humbled to see what House of Kicks has turned into.

"I’m grateful to the community and everybody here that’s helped me and all of us really be able to thrive in that community,” Fambrini said. “And feel at home.”

One of the largest sneaker shows in the upstate, House of Kicks brings in both young and veteran collectors alike.

"I used to ask myself as a 13-year-old, will this end in five years? And here I am 15 years later still buying and selling sneakers,” Ajay Pahuja said.

But House of Kicks isn’t just sneakers anymore, there’s food, video games and even a barber

Almost every one of these booths are locally grown businesses, some of whom have been a staple at this event for years, like Playdead.

“Ever since he started up, I’m like, ‘yo dude, lock me in. You feel me?’ It’s a good opportunity for all the brands to be in one place,” Playdead owner Robin Vasquez said.

Others are just establishing their brands.

“We trying to build nothing into something, that’s why we are here,” Death by Currency founder Tyeshawn Morrison-Reidy said. “This is only the second of many. Just wait, we going up for sure.”

What started as a dream, is now a multi-million dollar showcase.

“The same way with a comic book. There’s a whole storyline and universe connected with every pair of sneakers,” Fambrini said. “It’s very immersive, it’s another reality to really immerse yourself in. And I’m grateful.”