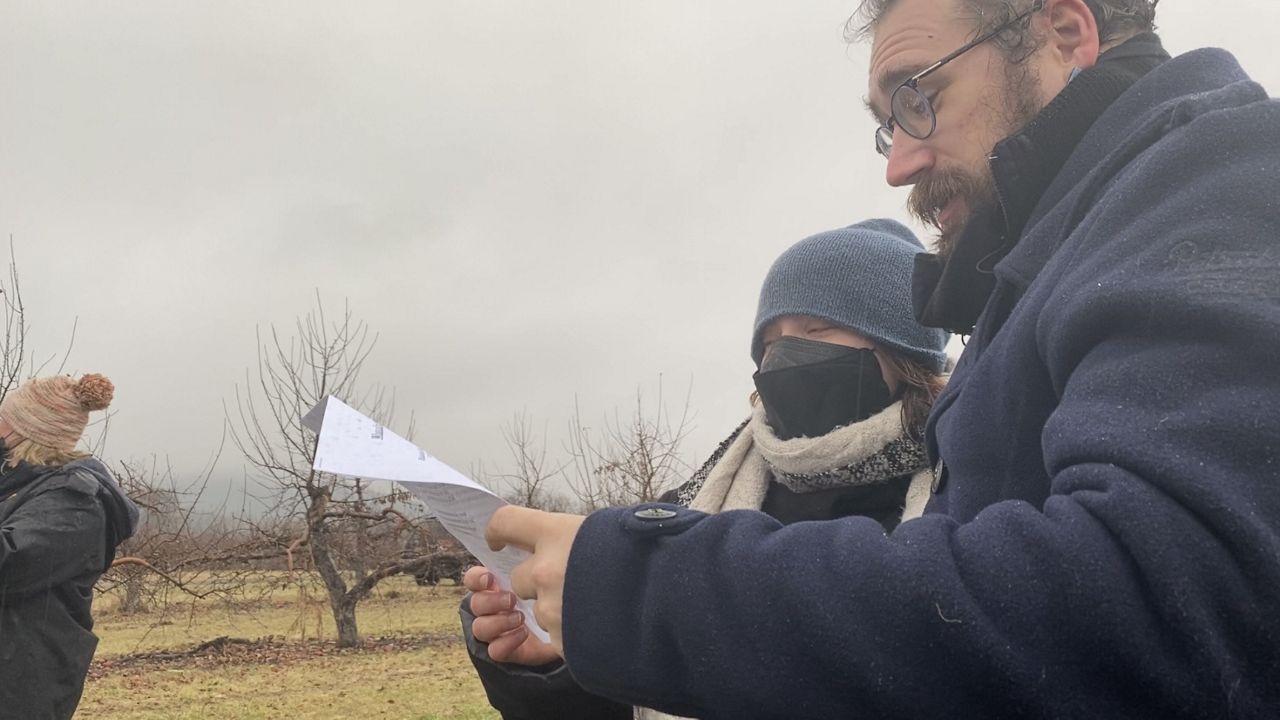 Christian Johnson prepped his hay ride for a tradition that you don’t see too often around the holiday season.

“Out in the orchard trees which we will be doing, a blessing of the apple trees,” Johnson said. “Scaring away the evil spirits to ensure a bountiful for the fall to come.”

The blessing that Johnson is talking about is known as Wassailing, a long-standing tradition that started in England.

On Saturday, Indian Ladder farms held its own Wassailing time, allowing attendees to pass along the blessings to the orchard trees.

“As we are a big cidery here, got tons of orchards,” Johnson said. “It’s something fun that we started up here.”

Even though the tradition has roots that go back hundreds of years, it’s not very well known.

“I’ve actually never heard of this before,” attendee Jenny Koontz said. “We kind of saw that they were doing an event, so we thought we would come check it out.”

Although not everyone knew about the history of Wassailing, Johnson came prepared with the tale of the first Wassailing.

From the singing of the songs, to the dipping of the bread that was placed on the trees to deter the evil spirit, the event was fun for all. And Johnson said it’s a much-needed break for many.

“In these fast-paced times that we live in it’s important to come out in nature,” Johnson said. “With friends, with family, with community and new friends to bridge generations old and young. Really get in touch with the ways of the old, and this is a great tradition to do that.”

Johnson says at least for another year these orchards are promised another bountiful harvest.