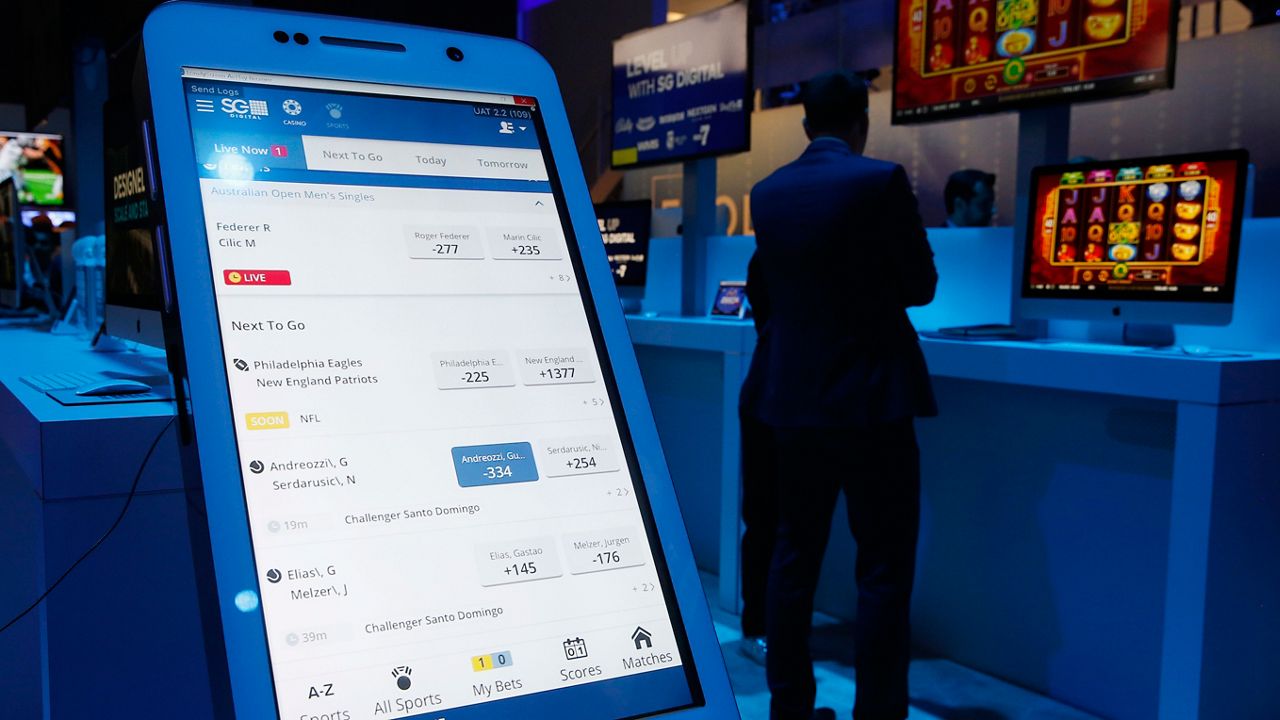 Daniel Wallach, a gaming law and sports betting attorney and founder of Wallach Legal, told Capital Tonight that he is “100-percent” certain that sports betting will pass the legislature this year. He said that while Governor Cuomo and the legislature are currently backing two very different proposals, the governor will see the benefit of compromise with the Addabbo-Pretlow legislation, a reference to the two gaming chairs in the Senate and Assembly, respectively.

“I think Governor Cuomo wants to generate as much money as possible for the state’s treasury and he thinks the casinos may not or should not be getting all the economic upside, the state should share it in too, but there’s a way to accomplish that,” Wallach explained.

In the legislative proposal, for example, there are several moving parts that could be tinkered with, including tax rates, the number of skins or licenses, and licensing fees.

Additionally, Wallach pointed out that the Addabbo-Pretlow proposal would generate licensing fees of close to $150 million in its very first year.

“You’re not going to get that in competitive bidding where one or two vendors are chosen; you lose out entirely on the upfront licensing fees,” he said. “I think there’s a lot of room for the two approaches to find harmony and meet in the middle.”

Wallach is especially impressed by the legislative proposal because it accomplishes something that very few states have been able to accomplish when it comes to mobile sports betting: Stakeholder buy-in.

“It’s one of the rare gaming bills in the country in which stakeholder support was secured a long time ago,” Wallach explained. “Legislative graveyards are filled across the country with bills that died because the stakeholders weren’t on board.”

Wallach is so impressed with the legislation that he called it “almost a miracle for New York” in that it brings disparate gaming interests to the table and secures an across the board agreement that provides a pathway into sports betting for every single stakeholder.

And there are plenty of stakeholders who want in on the action.

The “affiliate” relationship created by the Addabbo-Pretlow bill, under which casinos can establish commercial agreements with the tracks, OTBs, video lottery terminals, Madison Square Garden, Yankee Stadium and other professional sports venues, means that all of these facilities would be able to host mobile sports-betting kiosks and create “sports books” throughout the state.

“That’s widespread participation by every single stakeholder and I don’t think you want to lose that,” he said.

In related gambling news, Wallach was asked about a provision in the Senate’s one-house bill to end the moratorium on downstate casino licenses, which would also have the additional effect of creating more sports betting licenses.

“That’s right, six more skins,” Wallach said. “Now you would have a total of 20 skins in New York and I would submit that those 20 skins would generate more revenue for the state than a single or dual operator model similar to New Hampshire or Rhode Island.”

The reason there’s an interesting in ending the downstate casino moratorium early is purely economic. The pandemic has devastated the hospitality industry, and the upfront licensing fees and job creation that go with building new casinos are expected to spur economic growth.

“It will have a multiplier effect,” Wallach said.

Ending the downstate casino moratorium also has a benefit from the vantage point of the upstate casinos because they will receive revenue sharing and a one-time payment.

“They are all working together,” Wallach explained. “And this is an opportunity that’s not a regional opportunity. It’s not Queens. It’s not downstate New York. This benefits the entire New York State gaming infrastructure.”

The Senate bill also added criteria for how gaming companies would be chosen for the three downstate casino licenses.

“Speed to market, in three words,” Wallach said. “The pandemic has created an economic emergency in New York state and the Senate doesn’t want to have a 20-part mini-series to get to launch here.”

It’s the one significant change in the selection criteria from the 2013 Upstate Economic Development bill.

The state is looking for a rollout, with requests for applications and an eventual award, all within the span of six to nine months, Wallach said, which means new downstate casinos would be operational by 2022.

As for who will benefit, Wallach predicts that Resorts World at the Aqueduct Race Track and Empire City Casino at the Yonkers Raceway will emerge victorious.

“They are operated by major gaming companies, MGM and Genting, and they’re already offering casino-style games at their facilities,” he explained.

But what about that third license? Who will get it, and where will the casino be located?

“I think we’re looking at the Belmont Park area; Willetts Point in Queens which would give Queens two facilities,” Wallach speculated. “I don’t think Manhattan is a realistic possibility because one of the goals of the law is to boost the economic fortunes of counties that are in need. Manhattan is not in as dire a position as the outer boroughs.”

As for the license?

“I think the big three are going to be Bally’s, Wynn, and Las Vegas Sands. Bally’s having somewhat of the upper hand because they already are a regional casino operator in New Jersey and Rhode Island,” Wallach said. “By contrast, Las Vegas Sands doesn’t have any properties in the Northeast. I think Wynn just has one in the Boston market. I’m looking at those three, with a slight edge to Bally’s.”