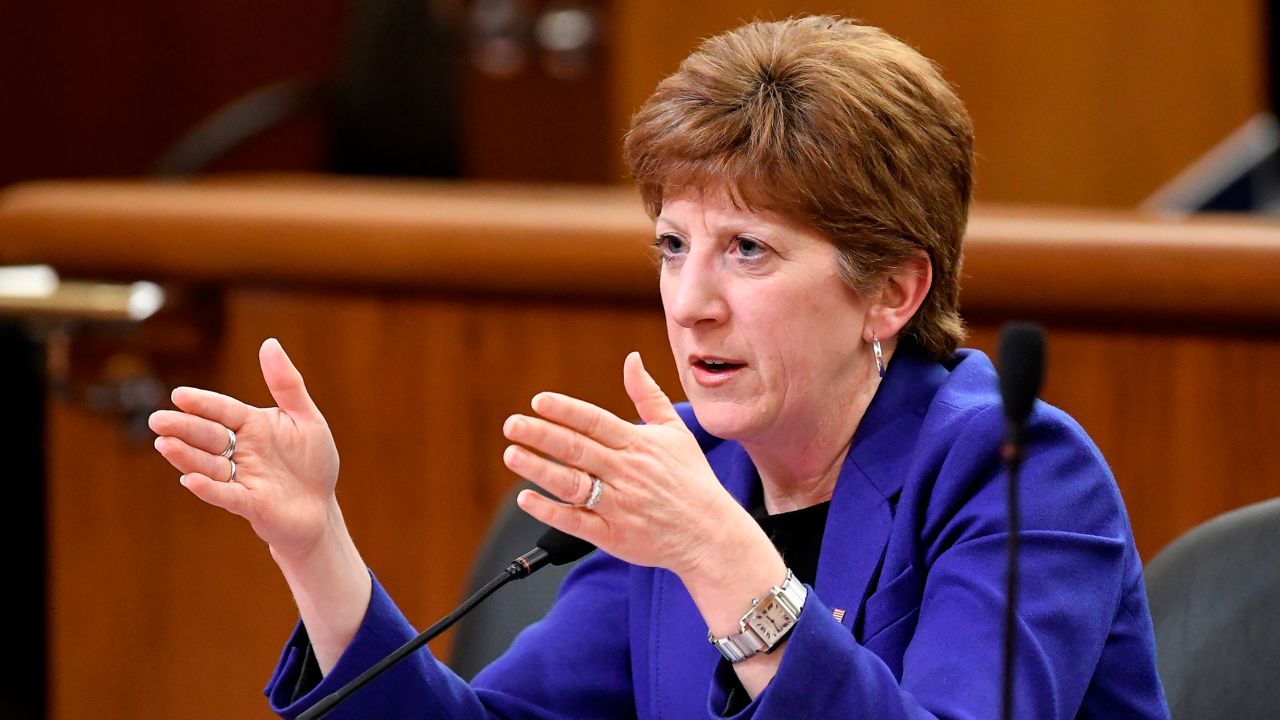 Albany Mayor Sheehan Will Run for a Third Term

In an exclusive interview with Capital Tonight, Kathy Sheehan, the mayor of the city of Albany, announced she will be running for a third term.

“Well Susan, I have decided that I am going to run for reelection. I really had planned to only serve two terms, and then 2020 happened, and I realized that the experience, the relationships that I have been able to build at the county level, at the state level, are really important right now as we move through this pandemic and try to rebuild our economy in the city of Albany,” Sheehan explained.

In 2017, while running for a second term, Sheehan said that she supported term limits during a debate hosted by the Albany Times Union. But the mayor told Capital Tonight that because of the pandemic, she fell short of accomplishing some of her goals.

“I believe that experience matters, and I also wasn’t able to accomplish things that we thought we were going to get done this year because of COVID, and I want to really see those things through, so I’ve decided that I am running again,” Mayor Sheehan said.

A few of the projects that Sheehan feels still need her leadership include the downtown revitalization initiative, creation of the Albany Skyway, and a program to tackle blight in the city, which received a million-dollar grant from the Attorney General’s Office.

In addition, Sheehan said she wants to be involved in ongoing police reform.

“I want to be part of reimaging policing in the city of Albany," she said.

Earlier this year, Governor Andrew Cuomo issued an executive order requiring localities to create a plan for police reform by April 1, 2021. As mayor, Sheehan is deeply involved in the Albany Policing Reform and Reinvention Collaborative which is tasked with drafting such a plan. The Collaborative is in the middle of a series of public hearings on the topic.

The city of Albany has an annual budget gap of $12 million that Mayor Sheehan has successfully lobbied the state to fill for the past several years. When asked how she would deal with the shortfall if the state, which is facing a budget crisis of its own, doesn’t come through with the funding, Sheehan said she is confident that the city will receive the money.

“I think that we have convinced the state. We’ve made the case that we are able to move forward, balance our budget, be great stewards of our scarce resources. But that this inequity that exists, because we are the capital city with so much property that’s not taxable, because we receive so much less aid than other cities of our size and similar demographics, that that funding will be there,” she said.

And if the funding isn’t there?

“If it’s not, look, we as a state, and cities across the state, are going to have significant challenges. I’m somewhat optimistic that with a new president we’ll be able to fight for America’s workforce. It looks like we’re still struggling to get that state and local (aid), but at some point, this will become a crisis and Washington will have to act,” Sheehan stated.

When Sheehan was asked what her vision will be for the city of Albany if she is granted a third term by voters, she described a productive relationship with the Common Council.

“We’ve been working to create a city where every neighborhood works. We’ve created an equity agenda. I was successful in getting the Common Council to codify that. So, what (the public) will specifically see is continued investment in streets and sidewalks and neighborhoods that have long been neglected,” Sheehan said.

In addition, Sheehan says the city will see continued investment in small businesses and in Black and minority-owned businesses.

She also promises “a real attack on blight in our city.”

“This has been one of the biggest challenges that we’ve had to overcome, but we now have legislation in place, and a council that understands that we all have to work together to address those issues in our neighborhoods,” she said.