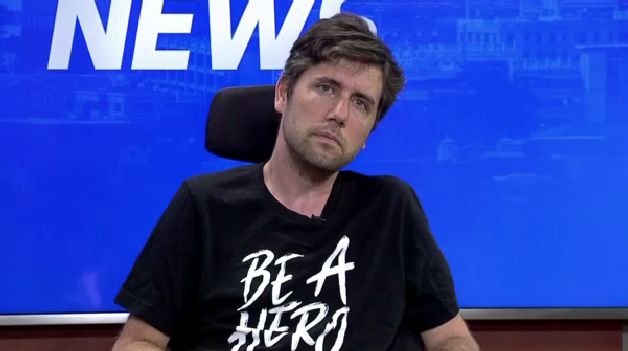 'Be a Hero' campaign comes to New York

This summer, health care rights activist Ady Barkan has been touring the country in an R-V making stops in 22 states, which encompass 30 congressional districts--

He's the founder of the 'Be a Hero' campaign--an initiative launched to conversate with lawmakers who had supported the 2017 Tax Cuts and Jobs Act.

Barkan suffers from A-L-S, so this campaign is personal for him.