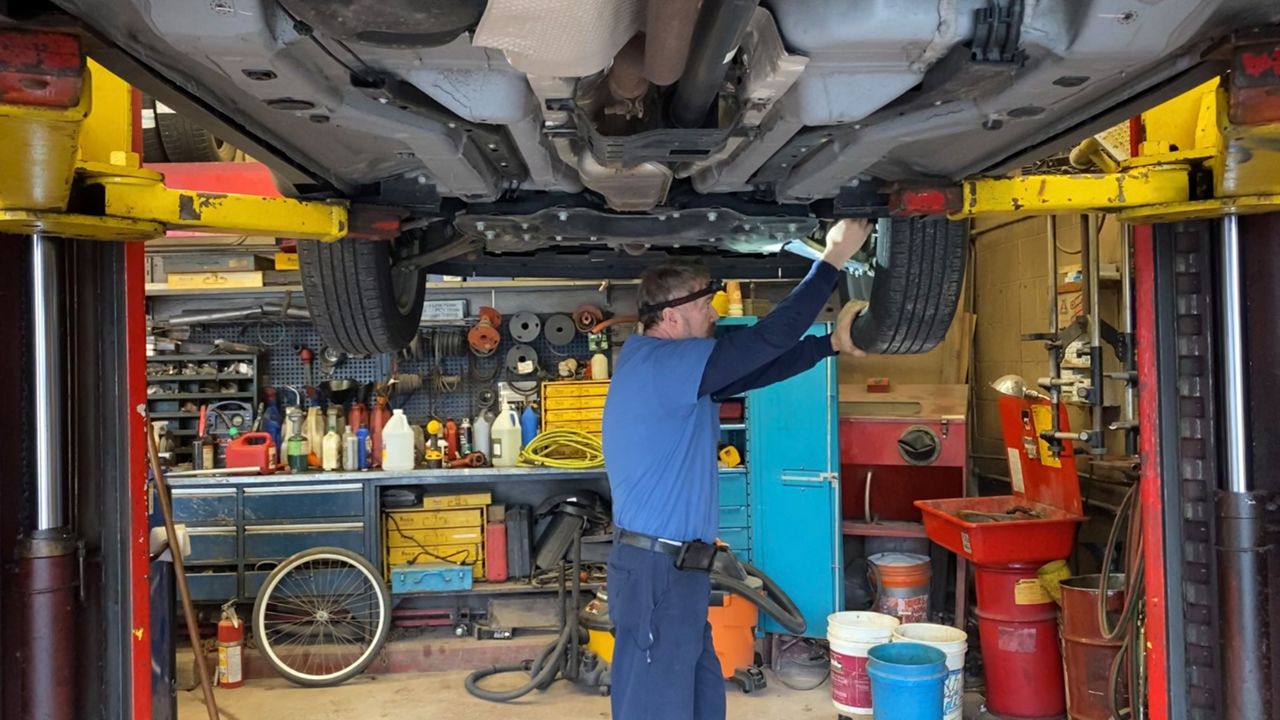 George Dunbrook has been doing routine car inspections for his entire adult life. While inspection requirements might change every few years, the automotive industry is evolving constantly and rapidly.

“You don’t even have keys to go in the ignition system; everything is push button,” Dunbrook said. “What do you do with that when you battery goes dead? How do you get into your car then?”

His passion for cars brought him to a three-car garage on Madison Avenue.

“I’ve been here on my own with my family of course for 40 years, so I made it. I’m in Albany history,” Dunbrook said.

The history is all around you at the Dunbrook shop, with car manuals from the 1970s to an old 8-track tape. But sadly, this chapter in history is coming to a close.

After 40 years, George is closing shop. He says the business has changed. Gone are the days of a tune-up or a quick oil change, instead replaced by new tech.

“In the old days, all you needed to know how to do was swing a hammer, and now you not only have to swing a hammer, but you need to use your brain, too, to figure out what the computer tells you when the check engine light goes on,” Dunbrook said.

Those computers and scanners that he is talking about are now commonplace in the classroom for future mechanics like Isaiah Smith, who’s learning how to work with electric cars in the Hudson Valley Community College automotive program.

Smith and his classmates have traded in the classic tools for keyboards, monitors and even the latest models of electric cars on the market.

“They are completely different vehicles. But it’s been a slow change, and I’ve learned as I’ve gone along,” HVCC Automotive Professor Dr. Chris McNally said. “So you have to be open to that change. And you have to be able to learn and continue to learn.”

With one year left in school before he graduates, Smith knows he needs to expand his knowledge of cars as the industry grows, because no two days or even cars are always alike.

“Maybe one day, you’re putting a new ECM into a brand new car, and then the next day, you’re working on some 1985 rusted-out truck and you’re trying to put a new parking brake on it,” Smith said. “You never know what’s going to come through the door.”

As he chronicles his 40 years of mechanic history, Dunbrook parts with the industry with a piece of advice for the next generation.