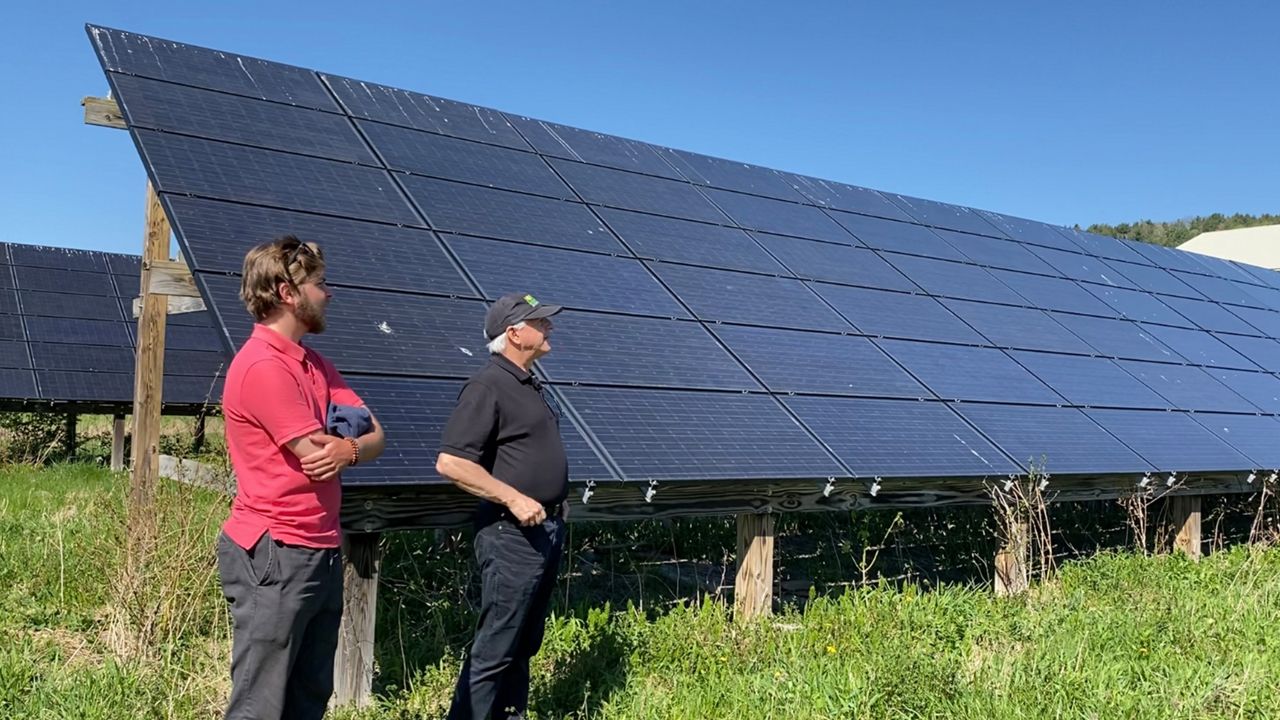 To the average eye, it’s just an empty plot of land, 25 acres of grass blowing in the wind. But to Jordan Energy and Food CEO Bill Jordan, it is an opportunity.

He plans to turn the plot of land in Utica into a power source for the town of Trenton, using solar panels.

“It will make the farmer some added revenue, and it will help low-moderate income people to access community solar that would otherwise pay more for their power,” Jordan said.

For a farmer like Scott Collins, whose family has owned the land since 1911, the decision to give back to his community was one he didn’t have to deliberate for long. The only problem is this project should already be on its way.

But an investigation by the U.S. Department of Commerce into whether China is circumventing U.S. tariffs by moving solar power resources through Southeast Asian countries has halted the import of many essential solar components, pushing back the timeline of projects like this.

“It was supposed to be built in 2022. We are uncertain if that’s going to happen now because of this case and the supply chain strains that are being felt industry-wide,” Jordan said.

The impact of the investigation has spread nationwide. According to the Solar Energy Industries Association, at least 300 solar projects have already been delayed. More than 100,000 American jobs could be lost if the investigation continues, with an estimated $52 billion in investments at risk.

Jordan said it’s discouraging to see an industry that saw more than 25% growth in the last year halted by an investigation.

“Who can argue with the lowest cost of power and the cleanest power for our environment? You don’t have to get into arguments about that. Just adopt it and create the jobs that come with that,” Jordan said.

Jordan’s company has built 83 solar panel farms in its 13-year history. Checking on one of his first solar power projects, he points to the panels, saying they should be lining the 25 acres on the Collins’ farm this year.

But until the investigation subsides, or the United States invests more into its own solar manufacturing, the growth of renewable energy is on pause.

“We can have a cleaner environment, we can have lower cost power and we can create employment for people in our own society,” Jordan said. “That’s it; that’s a win.”