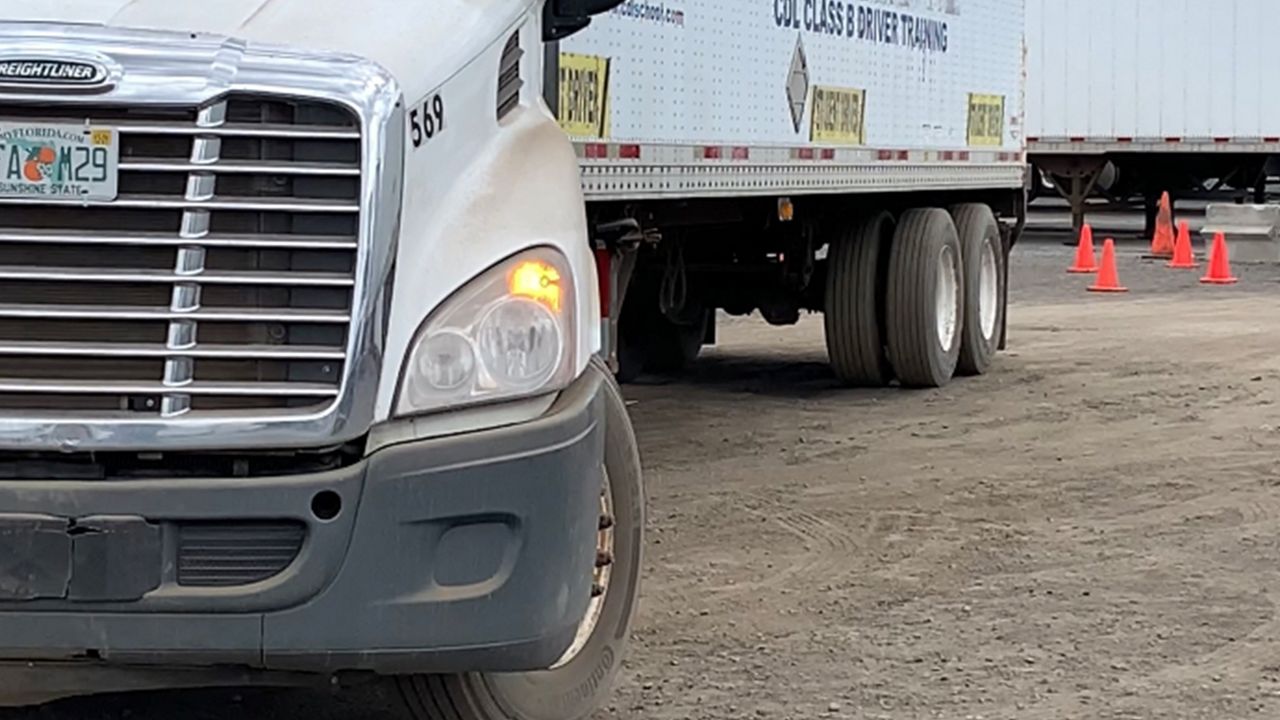 The transportation industry is facing a shortage of more than 59,000 drivers, according to the U.S. Bureau of Labor Statistics.

“Trucking companies are calling us; they need more drivers,” said Jamie Bernard, admissions manager at The CDL School in Menands.

Bernard says there are a number of contributing factors.

“The shortage is increasing,” she said. “There are a lot of drivers that are retiring.”

A rigorous Department of Transportation physical and drug test are other areas where some drivers struggle. And COVID-19 hasn’t helped.

“There was no road testing or permit testing for four months,” Bernard said. “That was four whole months we couldn’t produce students.”

The CDL School is getting back on track in getting more drivers on the road after six weeks of instruction.

“On our range, they do the pre-trip and the backing. And then we take them on the road to make sure they’re prepared to be a safe road driver,” Bernard explained.

With the demand so high, Bernard says companies are taking on more student drivers than ever before, who are becoming more diverse.

“Years ago, people might have thought a truck driver looks like one thing, and now truck drivers don’t have a typical look,” she said. “A truck driver could be anyone.”

They could be people like Joveena Pelton, who is looking forward to a well-paying job out on the road.

“I think [I like] the fact that I’m not in an office,” she said, “being out on the road and experiencing the different states.”

Pelton lost her office job during the pandemic. Her husband drives a truck locally, so she is familiar with the industry and believes it’s one of the most important jobs in the country.

According to the American Trucking Association, the trucking industry hauled nearly 75 percent of the freight in the U.S. in 2019.