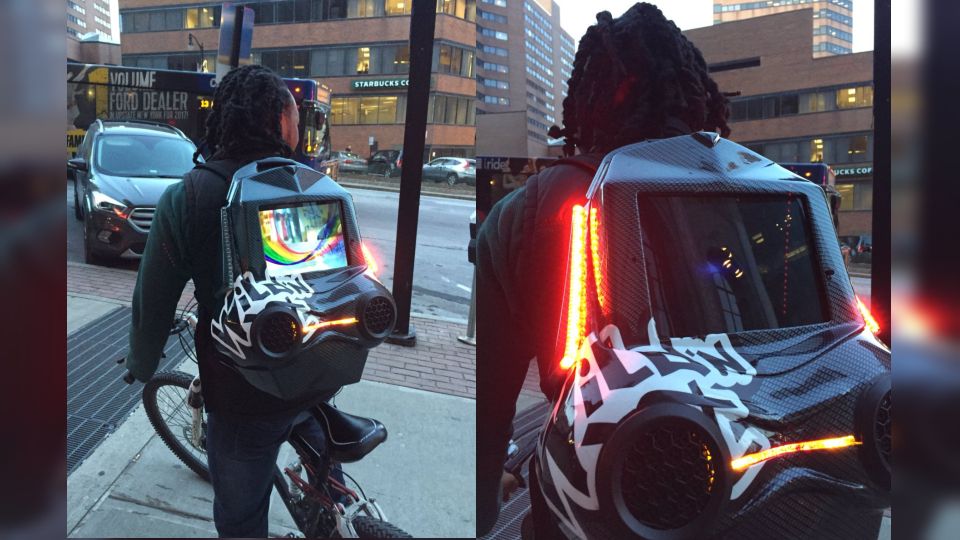 What could be tomorrow’s hottest Christmas present was inspired by something that happened in the inventor’s past.

“I was hit by a car when I was younger and it was due to lack of visibility,” said Will Crowder, founder & CEO of MyBackstory.

Crowder, an Albany electrician, created a backpack nearly impossible to miss. His son-in-law-to-be Greg Hughes tested the device riding up and down State Street in Downtown Albany on Wednesday.

If turned heads are any indication, there’s a lot of interest in Crowder’s product.

The digital backpack has several functions. It’s bright, waterproof, and can display turn signals. It can play music and can capture video too, and is made for advertising. Crowder says users will be able to display ads and earn money for doing so.

“We want to try to spark a new revolution. Our goal is to create one million entrepreneurs within the next five years,” Crowder said.

Crowder’s daughter Amber expects it to be a hit.

MyBackstory is available for pre-order and costs $495. The devices will be assembled in Schenectady and ready for shipment in the spring.

Between Black Friday and mid-December, Crowder says his website saw nearly 170,000 visitors. For a guy who spent years creating a product to be seen, it’s not taking long for people to take notice.

“You can make money, you can express yourself, and be safe all in one combined package,” Crowder said.