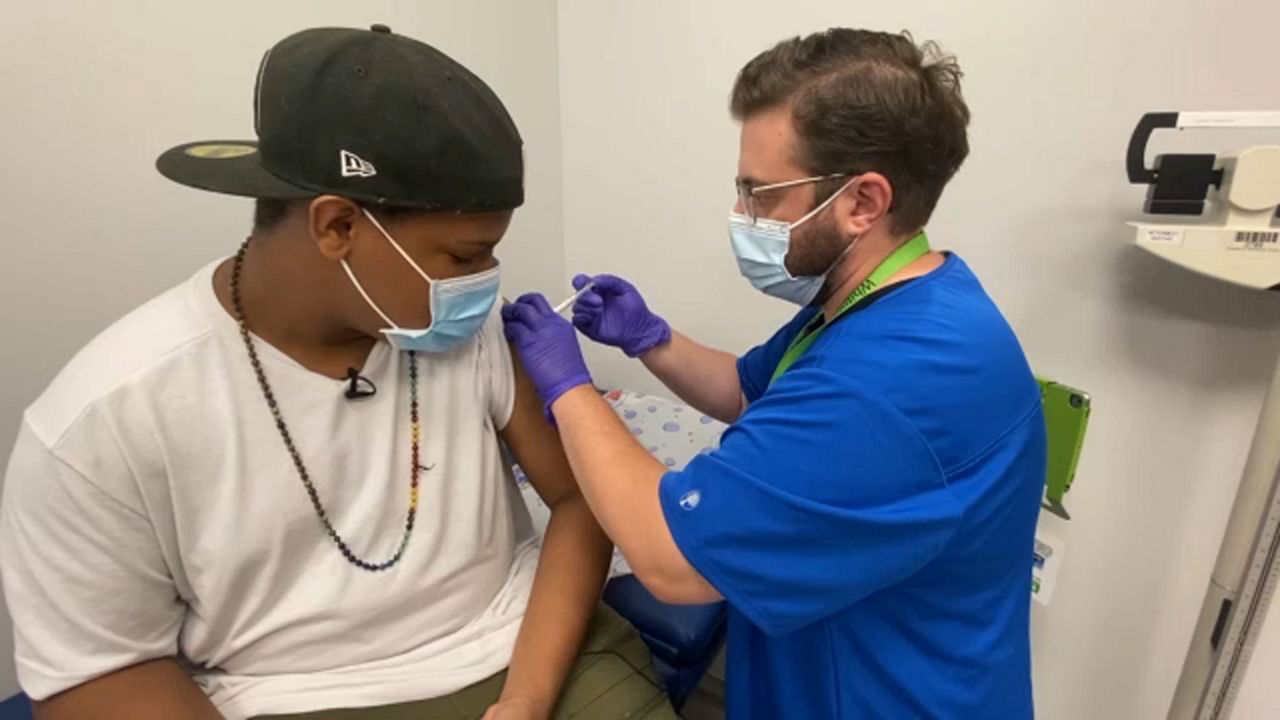 All this week, Spectrum News 1 is taking a closer look at how students, parents and districts are preparing to head back to school.

Getting students vaccinated for COVID-19 before they return to class has been a topic on the minds of a lot of families this year. At Albany High School, one student and his family talked about making the decision.

Lazar Young, a sophomore, hasn’t necessarily been putting off the shot, but he hasn’t been rushing toward getting it either.

"Honestly, a little nervous, not going to lie," said Lazar.

Like many parents, the decision has been one his mom has struggled with.

"It was hard," said Monica Young. "I know his father definitely is against it. He did not want him to have the vaccination. However, we definitely both agree his education is going to come first."

Mathew has been giving the vaccines as part of a clinic at Albany High School. It’s one of several pushes by districts statewide. Vaccines aren’t mandatory for all students, but kids have been stopping by to get them anyway.

Still, there are parents who are apprehensive. Some say they worry about possible side effects. Others want the ability to choose what is right for their own child.

"Over 90% of the cases in the ICU are people that are not vaccinated," Mathew said. "A lot of them are younger. So it’s better to get vaccinated to give your body an extra layer of protection."

Which brings us back to Lazar. Children under 12 can’t get the vaccine yet. So he says this is his way of doing his part.

"It also can help others too, those who can’t take the vaccine," said Lazar. "We’re trying to get one step closer to herd immunity."

He also says he’s tired of wearing a mask everywhere. So despite the initial hesitation, Lazar and his mom have decided this is the best choice as he heads back to school.

It’s a decision he hopes will lead to a more normal school year. And one he’s finally ready for.

Still, families will have to decide for themselves which way they want to go. Monica knows it’s a difficult situation.

"My suggestion on that is to weigh out the pros and the cons," Monica said. "That’s the only thing I can say."