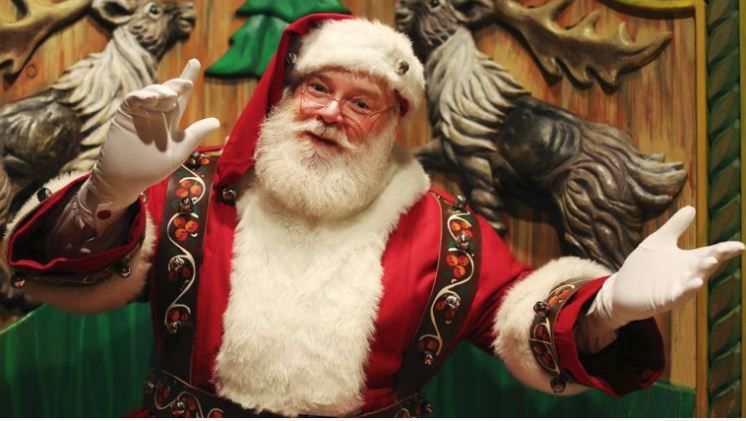 TROY, N.Y. -- The city of Troy loves their history. How can you not love it during the holiday season when you’ve got a little help from the man in red?

"'Twas the Night Before Christmas" was probably first read for the first time ever in Troy, NY," said Santa Claus expert Duncan Crary.

Hard to believe because, where that first reading happened is now a Dunkin' Donuts. But before it was a coffee shop, it was St. Paul's Episcopal Church.

"This is arguably the birthplace of Santa Claus."

But how did Santa find his way to Troy? It all has to do with a family friend of the poem's author.

"Harriet Butler was the eldest daughter of the Rev. Butler," said Crary. "She went down to New York City to visit a family friend. That would be Professor Clement Clarke Moore."

Moore, who penned the famous poem, read it aloud to his family one evening and allowed Butler to take a copy home to Troy. Butler then read it out loud during her Sunday school class to her friends.

"And another member, Mrs Sarah Sackett, loved the poem so much that she took it over to the 'Troy Sentinel' newspaper."

Sackett delivered the poem to Orville Holley, the editor, who published the poem December 23, 1823.

Moore is credited on a plaque on what was the 'Troy Sentinel' building as the author, but originally the poem was published anonymously.

"Above the Budget newspaper was Myron King’s studio. King was a local engraver and around 1830 he created a wonderful engraving of Santa Claus, based on the poem, flying through the air in his sleigh with his reindeer pulling him and that was really the first illustration of Santa as we know it."

And so, the City of Troy lays claim to not one, but two famous white-bearded men: Uncle Sam and Santa Claus.

In the 1840s, Santa would be first commercialized by an Albany-based store to help boost Christmas sales. Learn more about that story here.

And if you want to take a quick walking tour, here's the path that Matt Malette and Duncan Crary took to visit all the "'Twas the Night Before Christmas" locations.

The corner of Congress and 3rd Streets: The site of where "'Twas the Night Before Christmas" was first read

The interior of the current St. Paul's Episcopal Church at the corner of State and 3rd Streets.

225 River St: The site of the 'Troy Sentinel' newspaper building where Sarah Sackett brought the poem to be published.

The corner of State and 1st Streets: 'The Troy Budget' building and where Myron King's Art Studio would've been.