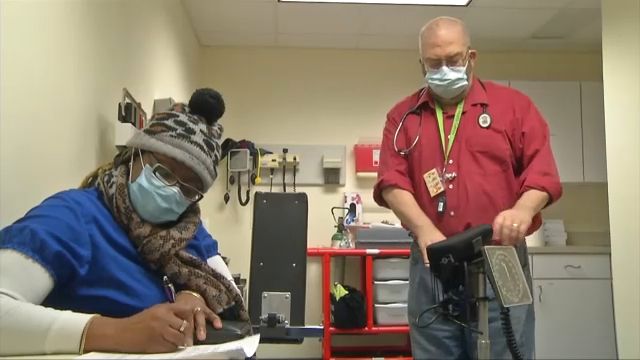 “Of all forms of inequality, injustice in health care is the most shocking and inhuman.”

These are words that are attributed to Dr. Martin Luther King Jr. He said those words, or at least something similar, in a speech half a century ago.

All those years later, now in 2021, not much has changed for many people.

“You must remember systemic racism still exists,” said Dr. Brenda Robinson, a community activist in Albany. “The old way of thinking is still active, although a lot of people think that we’ve come a long way.”

She also said there has been some progress. But she believes it’s had very little impact to improve health care access to Black and Brown communities.

“When you say ‘I got this office; OK I don’t want to see those underserved people, so I’m not going to accept Medicaid,’ ” Dr. Robinson said, “There are ways around everything; we have to start holding people accountable when these things happen.”

She highlights the COVID-19 pandemic to prove her point, saying it’s not a coincidence that minority groups are impacted the hardest by the coronavirus. The issue of access to health care seems complicated, according to Dr. Gordon Holder, a dentist at Whitney Young Health Center in Albany.

“Access is there,” Dr. Holder said. “But I think there’s a combination of both the patient and the institution.”

He said part of the problem is a patient’s understanding of when and why to seek treatment. And that’s why he’s a big proponent of health care education.

“We need to make those things more equitable so that people are willing to access and understand why they need to access care,” Dr. Holder added.

Another major hurdle is trust. The infamous Tuskegee study still gives Black Americans the chills. In that study, the government looked at untreated syphilis in Black men in an experiment that started in 1932.

But Dr. Robinson said you don’t even have to go back that far to find horrifying experiments on the Black community.

“We had experimental sterilization of people of color in the ‘60s that was supported by Medicaid,” said Dr. Robinson.

That mistrust is now spilling into the COVID-19 vaccination process. To be part of the solution and eliminate health care disparities, Dr. Robinson started the Black Nurses Coalition. She also has an office in Arbor Hill specifically designed to serve the underserved communities. She’s also part of the vaccine equity task force through the Albany Medical Center.

“Having those types of things, having inclusion of folks that look like me, is important. We can bring things to the table that you might not know,” Dr. Robinson concluded.