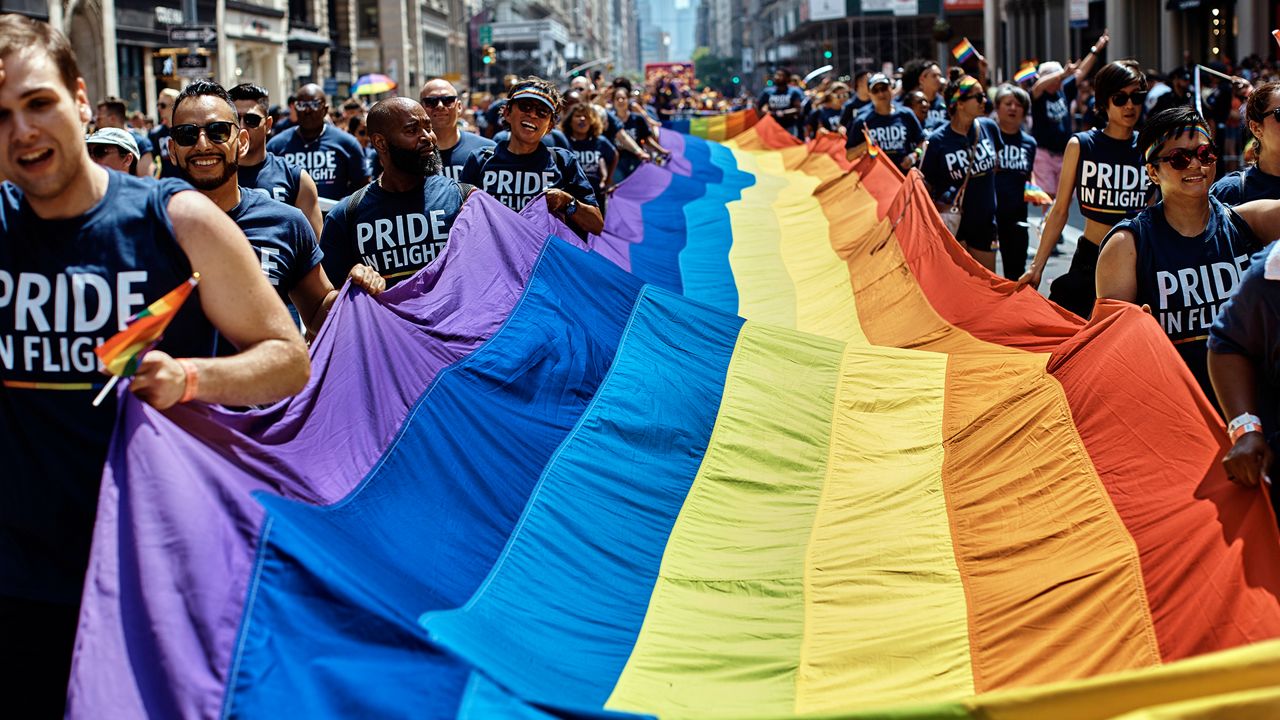 The COVID-19 pandemic threatens to close the few remaining lesbian bars in the nation.

It also shuttered the movie industry.

“Our industry had shut down and we were out of work and we were left with a lot of reflection,” Street said. “We were reminiscing about the last time we met in person and it was in one of our favorite bars, a lesbian bar called Gingers in Brooklyn.”

Bars have always been more than just places for a beer to the LGBTQ+ community — they’re a place to organize politically, date safely and feel connected to those who they can relate to in a world where they still experience prejudice.

The modern LGBTQ+ rights movement was born in a New York City bar. On June 28, 1969, police raided the Stonewall Inn.

​Street and Rose started the Lesbian Bar Project and its accompanying film to bring attention to the closing of lesbian bars while raise funds for those bars struggling to stay afloat during the pandemic.

“As we head out of the pandemic I do think that we are galvanized,” Rose said. “The queer community has always been inexplicably linked to protest and political action. That’s always been a part of us and I think that the real change-makers in the community are not going to sit down and watch our spaces disappear.”

​The project and the film also informs people about what these bars mean for the LGBTQ+ community.

“These were formative spaces for lesbian and queer women to come together and we don’t want to lose that,” Rose said.

The loss of these bars are more than just the history or the physical space, but also the connection to each other when laws and prejudices isolate and ostracize members of the LGBTQ+ community.

The pandemic exasperated this — and the mental health consequences of that isolation.

“In-person and brick and mortar socializing are really important to your mental health,” Street said. “At the beginning of the pandemic, when we started the online platform, it was an opportunity for everyone to connect. Even if it couldn’t be physical, it could be virtual.”

Many of the lesbian+ bars adapted and changed to the pandemic landscape, including offering outdoor seating and expanded hours, she said.

The LGBTQ+ community and its spaces are not monolithic — lesbian and queer women bars are disappearing faster than others, but the community is motivated to keep their history, safe-havens and bars open, Rose said.

The LGBTQ+ community has a higher incidence of mental health needs than the general population, often due to the stigma and prejudice of laws discriminating against them and the hate crimes that victimize them.

2021 was a record year for anti-trans laws negatively impacting trans youth, including access to gender-affirming health care, according to the Human Rights Campaign.

One in three LGBQT+ youth have been physically threatened or harmed because of their identity, and almost one half of LGBTQ+ youth have engaged in self-harm including two-thirds of trans youth in 2020, according to the Trevor Project National Survey on LGBTQ Youth Mental Health 2020.

These laws and the despair caused by them mirror the atmosphere the LGBTQ+ community faced 52 years ago, when their only places of refuge, of connection, political activism and acceptance were found in the same bars that are closing their doors.

“Our history informs our present and our future,” she said. “These spaces were instrumental in how our community evolved and operated and to not preserve these institutions is basically erasing fundamental pillars of our community.”

New York City wasn’t the only place in the state that had a rich lesbian bar scene. In the second half of the 20th century, Buffalo had a dynamic lesbian bar scene, according to Ana Grujic, a member of the Buffalo-Niagara LGBTQ History Project.

The popular Roxy’s, on Main Street, closed in in the early 2010s. The property was turned into residential and office space near Buffalo’s medical campus, according to The Buffalo News.

Other popular bars like The Lavender Door and MC Comptons also closed.

Buffalo’s last l+esbian bar, Sweets Lounge, is owned by Denise and Tinamarie Sweet on the city’s East Side, according to Grujic.

For a more complete look at Queen City’s LGBTQ+ history, follow along with their virtual She Walked tour.

“The erasure of queer space is a problem because it essentially says we’re complacent as a society with heteronormative spaces or space being inherently heteronormative, and that’s not a reflection of our community or our population,” Rose said.

Throughout Pride Month, the Lesbian Bar Project will host virtual events to help continue raising funds for their campaign which ends July 1.

The project is in partnership with Jaggermaster's #SaveTheNightCampaign, which helps nightlife continue to thrive despite the ramifications of the pandemic.